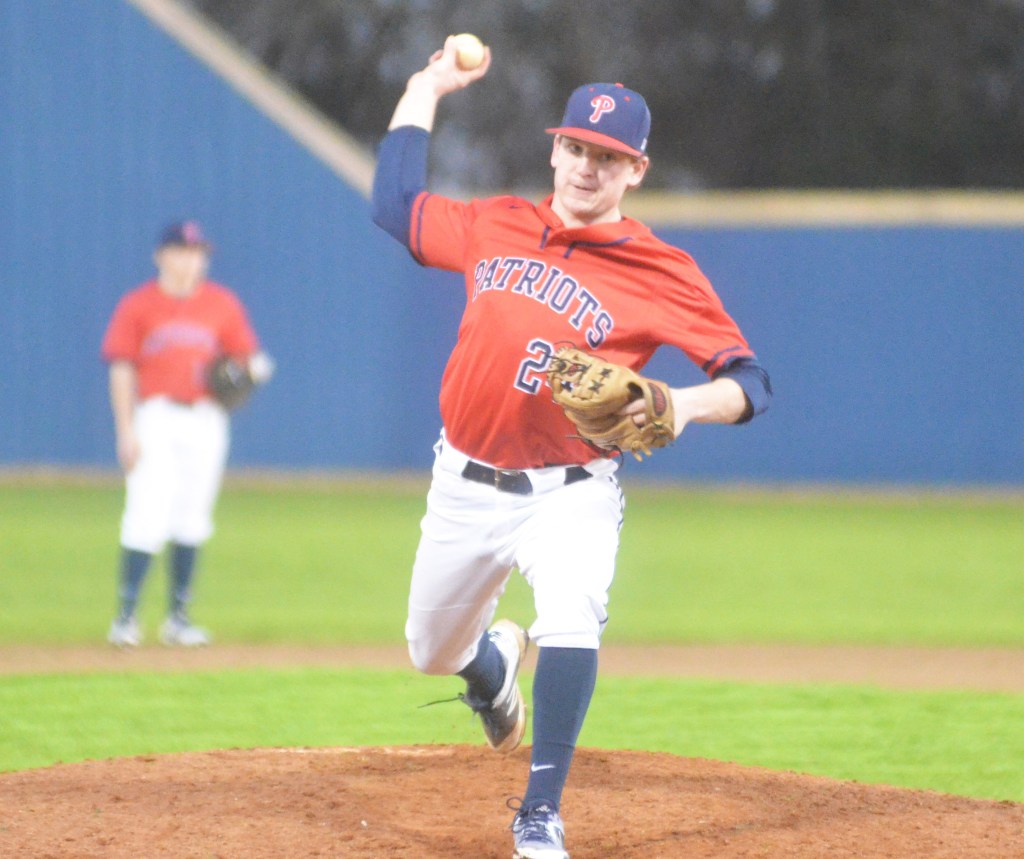 Messenger Photo/Mike Hensley Wood Jinright delievers a pitch during a game earlier this season. The Patriots have started the season undefeated. They look to remain that way after they play Emmanuel and Marianna this afternoon.

The Pike Patriots made easy work of Abbeville Christian on Thursday night, beating the Generals 16-0 in three innings.

The win for the Patriots gives them a 2-0 start to the season.

“We aren’t worried about who we are playing at this point we are just worried about getting better and I think we did that tonight,” said head coach Allen Ponder. “One of our main concentrations was getting into the batters box ready to hit and I think we did a much better job of that. I thought we did a good job at swinging the bats early in the count and we want to continue that trend.”

Wood Jinright got the call on the mound for the Patriots. The senior threw all three innings without allowing a run on just one hit.

The Patriots did most of their damage in the first inning. The Patriots sent 20 batters to the plate and pounded out 15 runs on 9 hits and four errors.

Max Copeland finished the inning with three RBIs on double and a single. Jinright and Davis Allen head had two runs batted in.

After another scoreless inning by Jinright in the second. The Patriots tacked on their final run of the game when Holt Steed singled in Levi Sikes to bring the score to 16-0.

The junior varsity squad won in walk-off fashion 4-3 to begin the afternoon.

The Patriots will be back in action on Saturday in the Hits for Heroes tournament in Dothan.