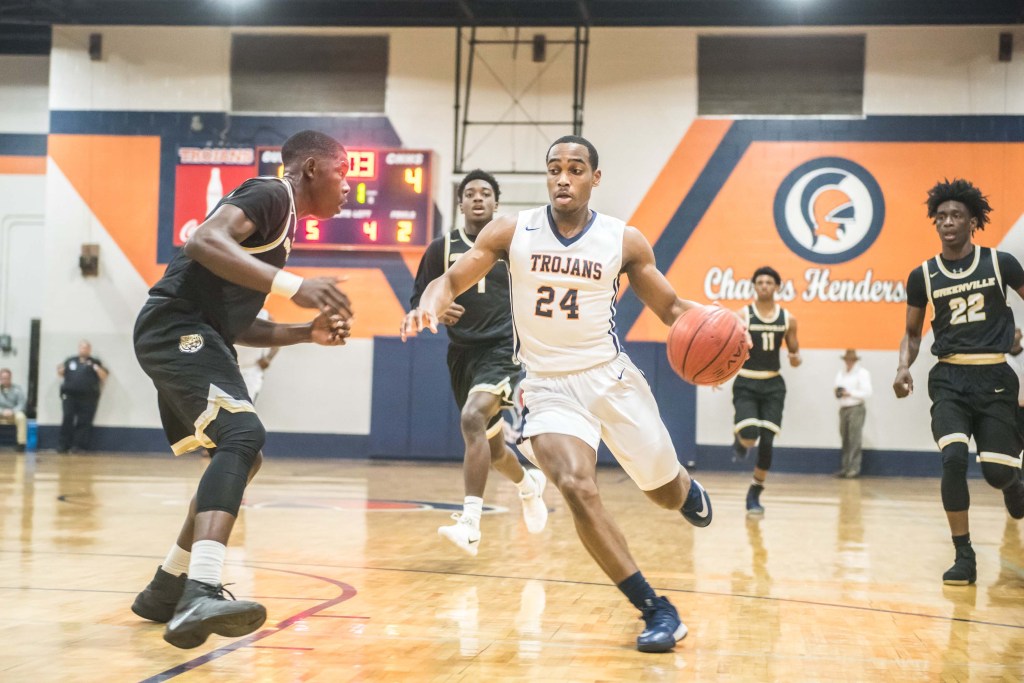 The Trojans claimed their ninth win in a row when they defeated Greenville 57-45 Thursday allowing them to host their first sub-regional in some time.

“We are ready and excited,” said head coach Shelby Tuck. “The guys had two or three good days of practice. We will touch up some things today and get prepared. We are ready to go.”

The Trojans have been to this level before, but this season they get the opportunity to host the sub-regionals with a chance to go to Dothan on the line.

“The attitude has been great,” Tuck said “The guys are working even harder now than they have in the past. Everybody is coming in working with little pushing from the coaches. The atmosphere at the school has been great.”

There was a lesson learned even in victory for the Trojans in the area finals. Even though they pulled out a win, they were trailing for the majority of three quarter by as much as 10 points in the early going.

“The first half we played probably the worst basketball we have played this year,” Tuck said. “It’s like I told them at halftime: as bad as we played, to only be down six points at halftime was a blessing. We came out grinding. I love this group of kids. They have learned to fight and fight well.”

The one player that made perhaps the biggest difference in the win came off the bench in Keith Wheeler.

“They are athletic,” Tuck said. “We have been able to see some film on them. They have a couple kids around 6’ 2”, 6’ 3” that can really score the basketball. It will be another fun game and another fun challenge.”

Tip between Charles Henderson and Jackson is schedule for 7 p.m. in Troy.