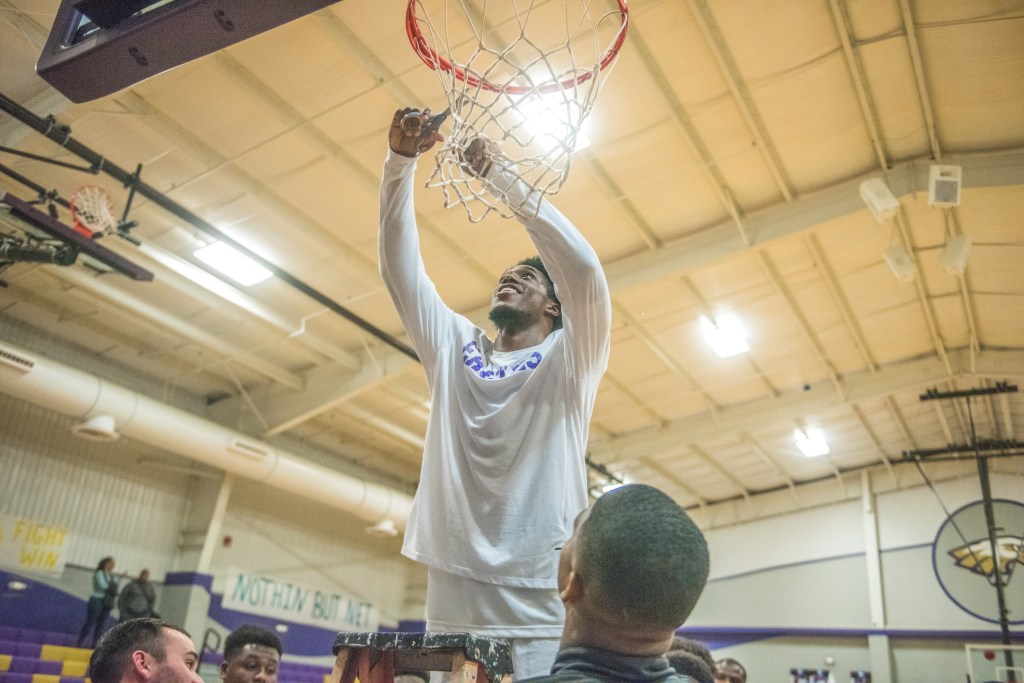 The Goshen Eagles stamped their ticket to Montgomery with a 75-48 win over Choctaw County in the Class 2A Sub-Regionals on Tuesday night in Goshen.

The win for the Eagles ensures them a spot in the regional semifinals on Friday night at the Acadome in Montgomery.

“We didn’t play good basketball for the first three quarters,” said head coach Ethan Carroll. “The energy level wasn’t there. We are hoping this is going to be a good learning experience for us while we watch film tomorrow.”

It was a back-and-forth affair in the opening half. The Eagles who have been prone to slow starts over the last handful of ball games found themselves down early 6-2 in the opening quarter after missed shots in the paint and a couple turnovers.

From there the Eagles went on an 8-0 run to claim their first lead of the game. By quarter’s end the Eagles held a slim 1-point lead at 17-16.

The Eagles and Tigers stayed neck and neck throughout the early portions of the second quarter. Michael Hollis and RaQuan Martin knocked down some shots and the Eagles grew their lead to as large as seven. By the end of the first half the Eagles held a 31-24 lead.

Martin led the Eagles with 10 points in the first 16 minutes of play, while Hollis finished the first half with 9.

The Eagles scored seven of the first 10 points in the second half to push their lead out to 9 points at 38-29.

At the end of the third quarter the Eagles stretched their lead out to eight at 43-35.

“Dante is a kid that always does what he is supposed to do,” Carroll said. “We felt like in the fourth quarter after we wore them down a little bit that he could really expose them. We finally pushed the floor in the end. That is something that we really need to work on.”

The Eagles outscored the Tigers 32-13 in the fourth quarter. In the final two minutes of the game, the Eagles had multiple fast break points including a rim-rocking dunk by Brock Snyder.

Hollis finished the game with 24 points while Martin finished with 13.

The Eagles will begin play in Montgomery beginning at 7:30 against Kieth.

“It’s a great time,” Carroll said. It’s our third time doing it, but we have some unfinished business that we have been working on for two years. It’s time for us to get it done.”