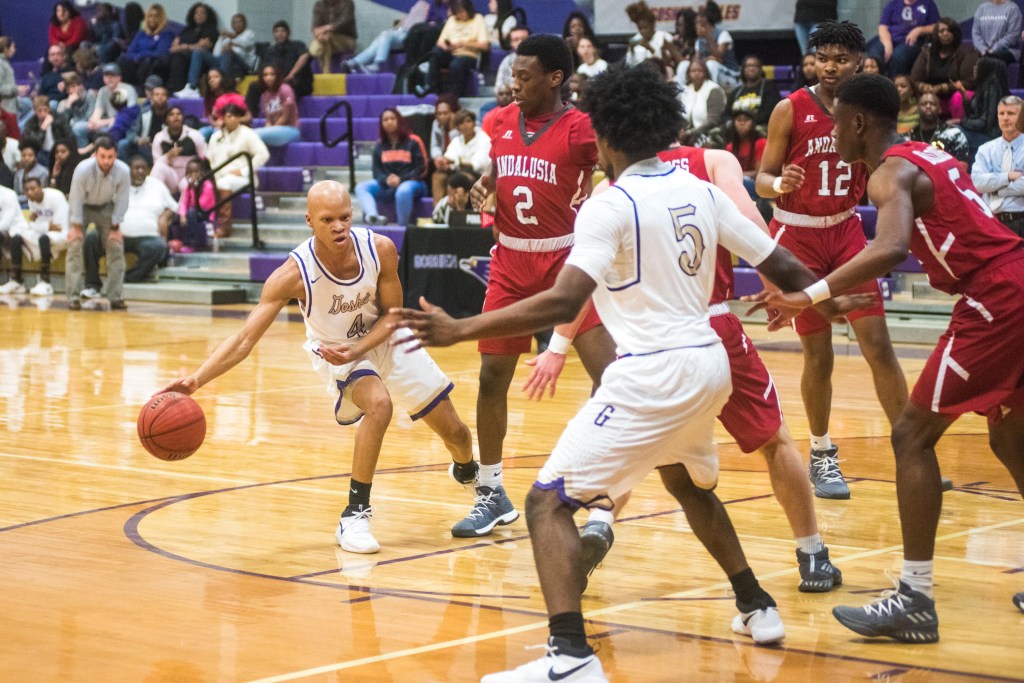 Messenger Photo/Jonah enfinger Senior Michael Hollis looks to pass during a game against Andalusia earlier this season. Hollis and the Bulldogs will host Choctaw County this evening.

The Goshen Eagles come out of the area tournament needing rest after taking the last two games into overtime.

The Eagles claimed the Class 2A Area 6 championship on Friday night after they knocked off Calhoun 74-67 in overtime. The Eagles beat Central Hayneville in the semifinals on Wednesday 75-70 in overtime.

“It felt good,” said Goshen head coach Ethan Carroll. “We need a little rest. We put some miles on our legs during the last two games. We definitely know how to make things interesting. We came out against Hayneville down 15 at halftime and came out flat. We didn’t have the energy we needed to. We pulled that one off.”

After the win over Central-Hayneville, the Eagles had to try and withstand the flu bug that finally hit the team.

“The flu bug got us a little bit on Friday,” Carroll said. “We had two kids out. We were a little undermanned. A lot of our kids answered the call. Michael Hollis went for 30 points and we made our free throws.”

The Eagles missed 7 free throws in the first half before connecting on 14 of their last 15 in the second half and in overtime.

The Eagles now turn their attention to the sub-regionals where they will play Choctaw County.

The Tigers finished the regular season 6-10 and finished as the Area 2 runner-up.