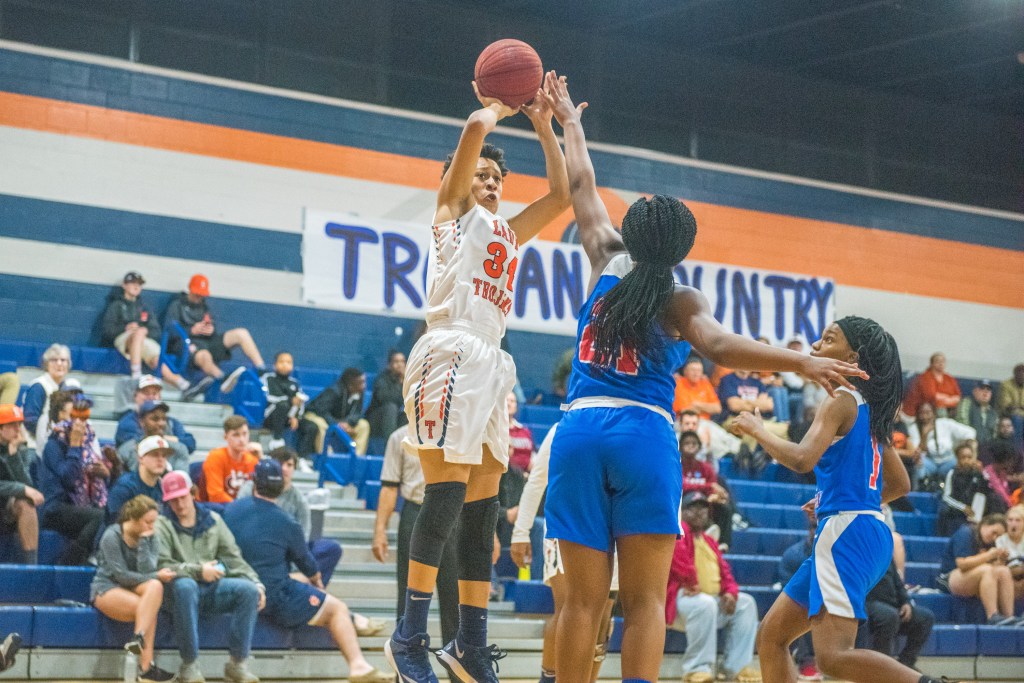 The Charles Henderson Lady Trojans are back in familiar territory after they knocked off Wilcox Central 76-15 in the Class 5A Sub-Regional Tournament on Monday night in Troy.

The win for the Trojans sends them back to Dothan for the round of 16 next Monday.

“It’s one accomplishment and we are ready for the next one,” said head coach Dyneshia Jones. “We’re winning and taking that next step. We don’t take a team lightly. I don’t care what area they are in or how bad they beat somebody, we have to be ready to play again.”

The Trojans’ presence in the paint dominated the Jaguars throughout the game.

“That’s very important,” Jones said. “If they can’t stop it, we are going to keep feeding it.”

The Trojans began the game on a 23-0 run. The Jaguars didn’t get on the scoreboard until there was just 40 seconds remaining in the opening quarter. The Trojans carried a dominating 25-2 lead into the second quarter.

The Trojans outscored the Jaguars 13-7 in the third quarter and pushed their lead to 43 heading into the fourth quarter.

Jones emptied the bench in the second half and they finished the job for the Trojans.

Maori Davenport led the Trojans with 17 points, while Niaira Jones finished with 14 and Tatyana Siler had 10.

The Trojans will await the winner of St. Paul’s and longtime rival Eufaula. The Trojans knocked off the Tigers at the buzzer in the regionals last season.

Tipoff for the regionals is still to be determined.