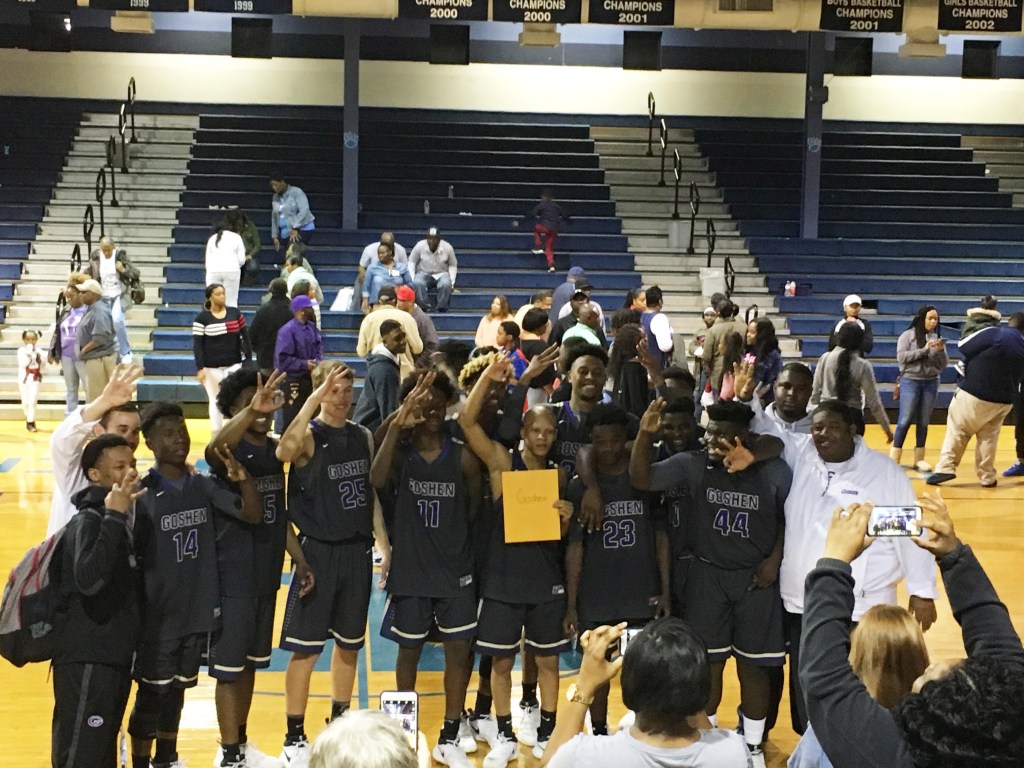 Submitted photo The Goshen Eagles claimed the area championship on Friday evening after they defeated Calhoun in overtime.

The Goshen Eagles won their second-straight overtime game on Friday night to claim the Class 2A Area 6 championship. The Eagles knocked off top-seeded Calhoun 74-67 in overtime.

“It felt good,” said head coach. “We need a little rest. We put some miles on our legs during the last two games. We definitely know how to make things interesting. The flu bug got us a little bit on Friday. We were a little underman, but Michael Hollis went for 30 and we made our free throws.”

The Eagles will host Choctaw County in the sub-regionals this week.

The Eagles had three players score in double figures in the win led by Michael Hollis. The senior finished with 30 points. It marked the second-straight game that Hollis broke the 30-point mark.

Senior Zack Alford had 12 points, while Caleb Dawson finished with 10.

After going into the second trailing 13-12, the Eagles scored 25 points in the second quarter after getting six points a piece from Hollis and Iyan Hinkle to go into halftime holding a 37-30 lead.

Calhoun stormed out of the gates in the second half and outscored the Eagles 19-11 in the third quarter and regained the lead at 49-48 heading into the fourth quarter.

Hollis tallied 7 points in the final quarter to help put the Eagles into overtime. Hollis added 11 points in overtime after he converted on all eight free throws. The Eagles outscored Central 15-8 in overtime to claim the championship.