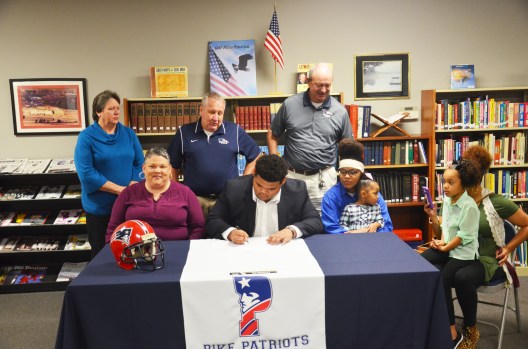 B.J. Burke, an offensive and defensive lineman at Pike Liberal Arts School, signs a National Letter of Intent Wednesday to play football at the next level with Harding University. 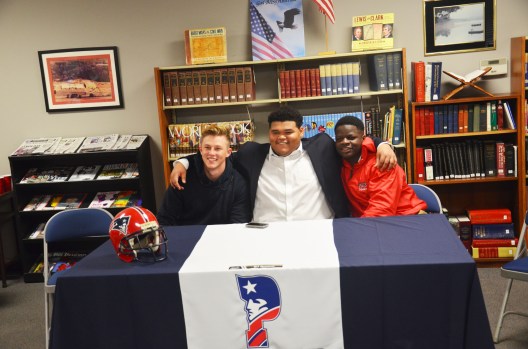 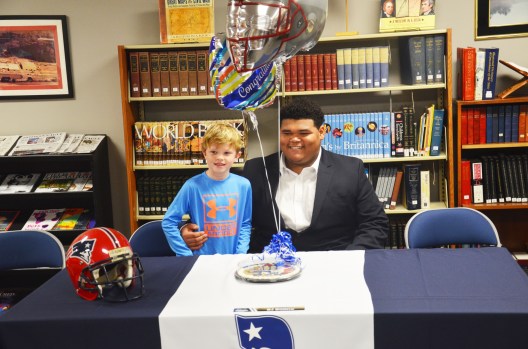 When B.J. Burke arrived on the scene at Pike Liberal Arts in 2016, he quickly became one of the more well-liked players and students at the school. That was evident on Wednesday when Burke signed a scholarship to attend and play football at Harding University in Arkansas in front of a packed library full of teammates, coaches, family and friends.

Burke came to the Patriots from Holtville high school. During that time, Burke and the Bulldogs went a combined 0-20.

“I came from a program that went 0-20 in two years,” Burke said. “Winning the first game I thought this is something that I Like.”

Not only did Burke find success on the field with the Patriots, he felt like home in the classroom. His coaches and friends quickly became family for Burke.

“Everybody was here to help me,” Burke said. “They pushed me to do better.”

On the field with the Bulldogs, Burke never imagined getting a scholarship to play football at the next level. It wasn’t until he became a Patriot that he started to realize that dream might come true with a little growth and hard work.

“I grew a lot,” Burke said. “Back when I was at Holtville, I never expected to get a scholarship playing football.”

Harding University is a private Liberal Arts university in Searcy, Arkansas. The Bison compete in Division-II in the Great American Conference.

“They do things right,” Burke said. “They preach God. They help you become a man.”

As for the coaching staff, there was one element that drew Burke to the team.

“The thing I like about the coaching staff is that every single one of those coaches played at Harding University,” Burke said. “They want to keep it going.”