The Pike County Bulldogs will begin play in the Class 3A Area 4 basketball Tournament on Thursday evening against the winner of Wicksburg and Daleville.

“We are getting ready to go,” said head coach Doug Holland. “We finished the regular season on a high note. We got a big win over Bullock County, our archrival. It was a pretty good game in an atmosphere you like heading into the tournament.”

“It feels good,” Holland said. “When we first started the season, Houston Academy was ranked as high as No. 2 in the state and we knew they had a bulls-eye on us. It gave us a lot of drive to get ready for the area tournament.”

The Bulldogs knocked off their rival in the season finale 59-52 in overtime. The Bulldogs hope to carry that momentum into the area tournament.

“They were pretty excited going into the game and after the game,” Holland said. “It gives you a lot of momentum to beat a basketball school with the history of Bullock County. It gave us a lot of energy coming into the area tournament.”

All season long the Bulldogs have gotten good production down low from Andres Burney and Xavier Newson. Holland believes there has been another player that has come on lately as a big help to the Bulldogs.

“Kevon Harris has matured a lot from the beginning of the year at point guard,” Holland said. “A lot of people have started to recognize that. He played well against Bullock County last Friday and (finished) with 20 points. He has definitely matured a lot this season.”

Defense and communication have been key points for Holland all season long. Coach Holland and the coaching staff will only amplify the importance of those two key roles during postseason play.

“That’s the thing we have to have to give us a chance,” Holland said. “We have played these teams three times. We have to play good defense and communicate with everyone on the floor.”

The Bulldogs have had a lot of success in the area tournament in years past, but winning this one would be special.

“It means a lot seeing we are so rich in football,” Holland said. “To have won so many area tournaments and have a chance to go back to Birmingham would mean a lot.”

Pike County will tip off against the winner of Wicksburg and Daleville at 7 p.m. on Thursday. 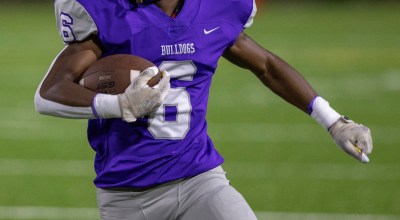 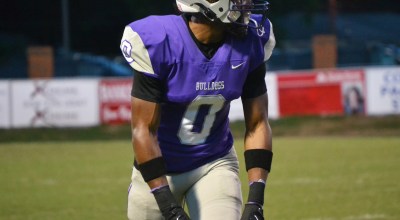