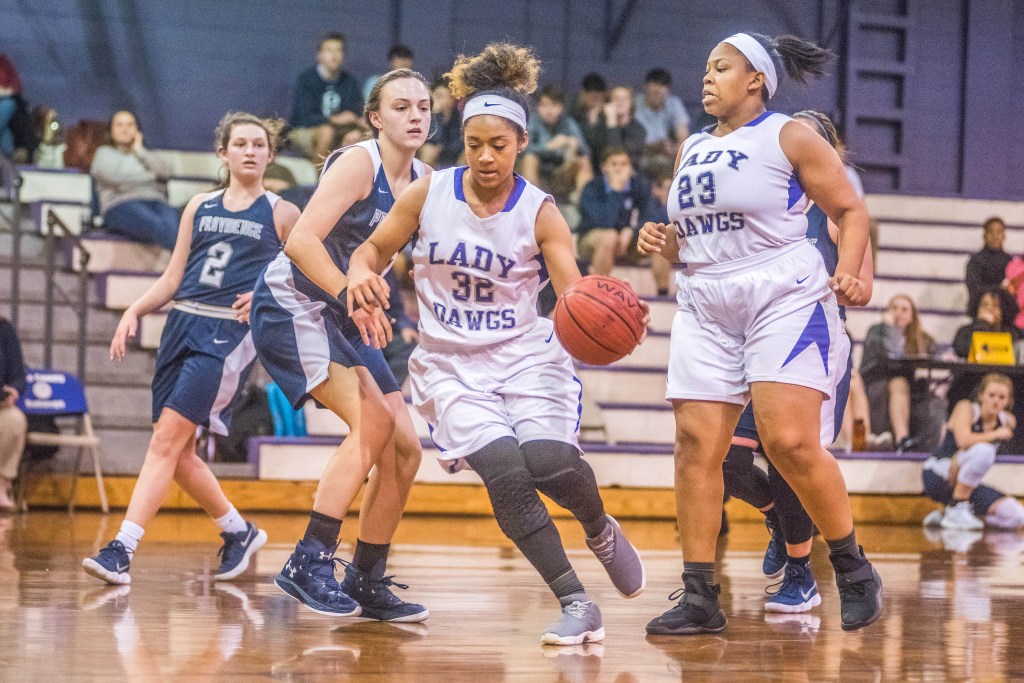 Messenger Photo/Jonah Enfinger Precious Vaznaian dribbles past a Providence Christian player during a game earlier this season. The Bulldogs will begin play in the area tournament on Wednesday.

The regular season is over and for the first time in many years, the Pike County Lady Bulldogs are hoping to make a run past the area tournament.

The Bulldogs finished the regular season with 11 wins and they hope to make it 12 when they open the Area 4 Tournament on Wednesday against Providence Christian.

“The goal that you have is to have your team as ready as you can going into the area tournament,” said head coach Todd Reynolds. “That doesn’t mean you’re going to win, but you have done your part. We have been able to keep them healthy for the most part. We have had some key wins at the end right when we needed them.”

The Bulldogs are heading into the tournament with confidence that they can do some damage.

Reynolds believes his team is on pace for making a run in the playoffs next season, but he thinks it would be nice to start the process a little early.

“When you are losing a few games, you can’t see past the next game,” Reynolds said. “When you win a few, you’re like ‘Well, why can’t we go all the way?’ These players are playing hard and executing. We will see; you never know. You’re still dealing with younger players, but confidence level is high.”

The players are not the only ones excited about their success. The student body and community are starting to take notice.

“For years it’s been almost a nuisance until the boys game,” Reynolds said. “We went over to Bullock County on their senior night and beat them by 30. We are operating on all cylinders.”

The Bulldogs have gotten production from both Precious Vaznaian and Kyah Rouse all season, but Reynolds has been searching for a third and even fourth scorer to join the party. He may have found one in Aliah Broadnax, who finished with 27 points on nine 3-pointers.

“My so-called ‘third option’ scored 29 points on Friday,” Reynolds said. “The player has to believe. It all starts with them. They have to take on that responsibility and realize they have to be one of the primary players.”

For Reynolds, this whole season has been about growing.

“We knew when we started off the year with almost a whole new squad that it was going to take almost a whole year to get some chemistry down,” Reynolds said.

Tip between the Eagles and Bulldogs is scheduled for 5:30 p.m. at Daleville High School

“We are going to be heading into Wednesday with eyes wide open and seeing if we can take care of business,” Reynolds said.