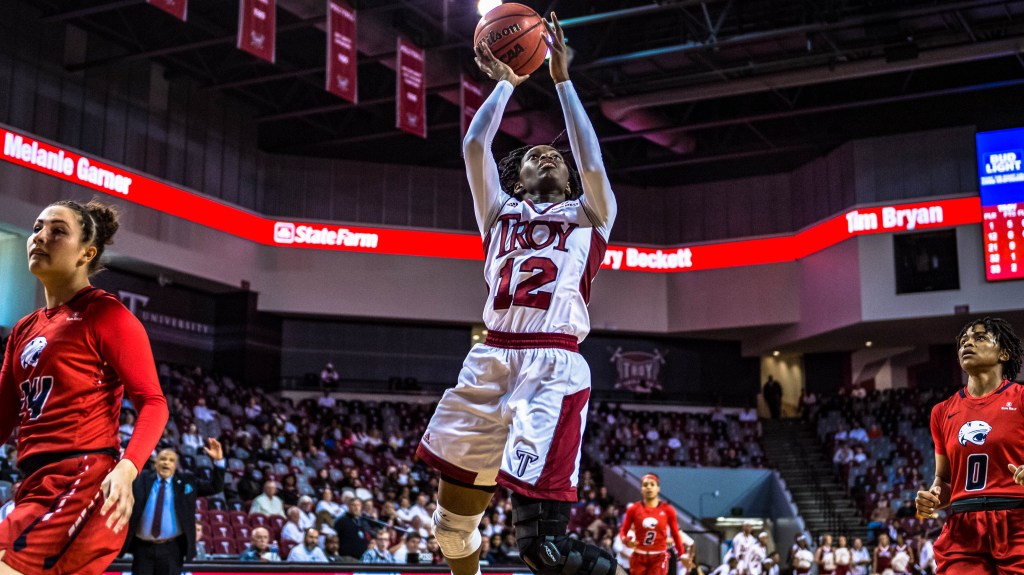 The Trojan women picked up their fourth consecutive victory on Saturday afternoon when they knocked off in-state rival South Alabama 82-71.

The win for the Trojans improves their overall record to 11-10 and 6-4 in Sun Belt Conference play. They also won their sixth home game in seven tries.

The Trojans trailed by 10 points in the fourth quarter, but thanks to 18-0 run managed to storm back and take a comfortable eight-point lead in the game’s final minutes.

Kayla Robinson led all scorers in the win with 28 points after hitting 10 of her 19 shots. Amber Rivers finished the game with 13, while Jasmine Robinson had 10 and Dajia Williams had nine points.

The Trojans will be back in action on Thursday when they host Arkansas State beginning at 5 p.m.