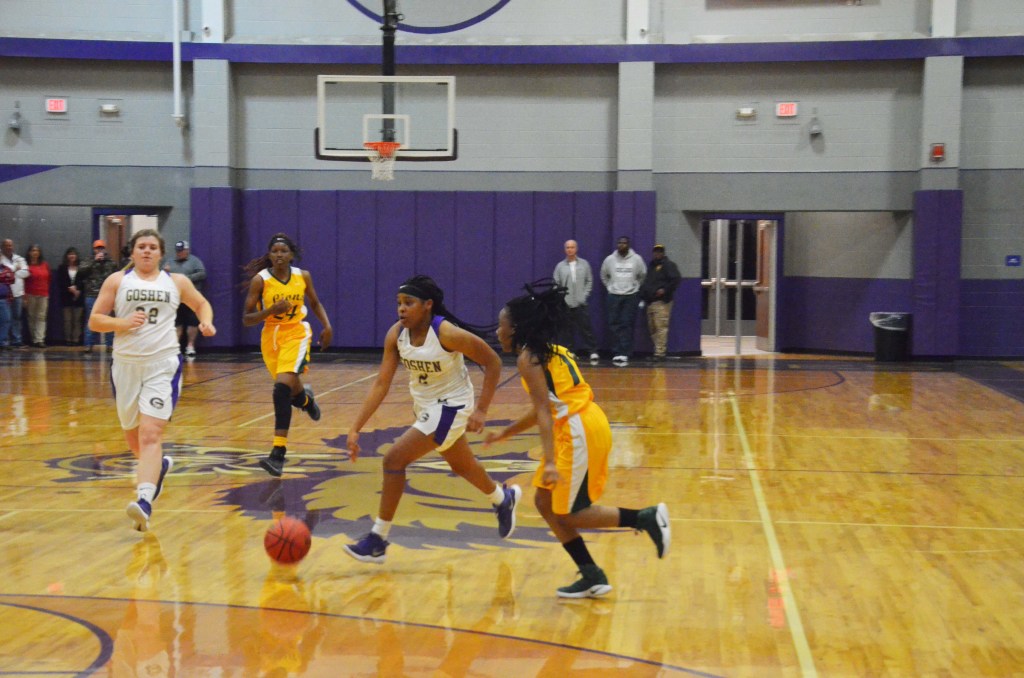 The Goshen Lady Eagles played in their final home game of the season on Tuesday. Unfortunately for the Eagles, the night ended with a 63-52 loss at the hands of Central Hayneville on senior night.

With the loss, the Eagles wrap up area play 1-5. The game was back and forth during the first three quarters on Tuesday. In the fourth quarter the Eagles simply ran out of gas.

“We were tied up and the game went back and forth,” Lowery said. “Jada (Hall) couldn’t play and that hurt. She pulled her hamstring. The game plan worked, but we ran out of gas. I am proud of their effort.”

The Lions closed out the first half leading 31-23. By the end of the third quarter their lead remained at eight at 48-40.

The Lions scored quickly to begin the fourth quarter to push their lead to double digits. The Eagles were briefly able to get their deficit down to eight points before the Lions pushed the lead back out to double digits.

Bree Griffin, who battled an apparent leg injury throughout the game, led the Eagles with 37 points, while JaMecia Berry had four.

The Eagles will close out the regular season on Thursday against Highland Home. Lowery wants to see his team get healthy.

“That’s the main thing,” Lowery said. “We have to get healthy. I just want to nourish Bree and nourish Jada and let the other girls play. We want to get healthy for Monday or Tuesday whenever we play (in th area tournament).