Welcome home: Hixon living a dream as a Troy pitcher 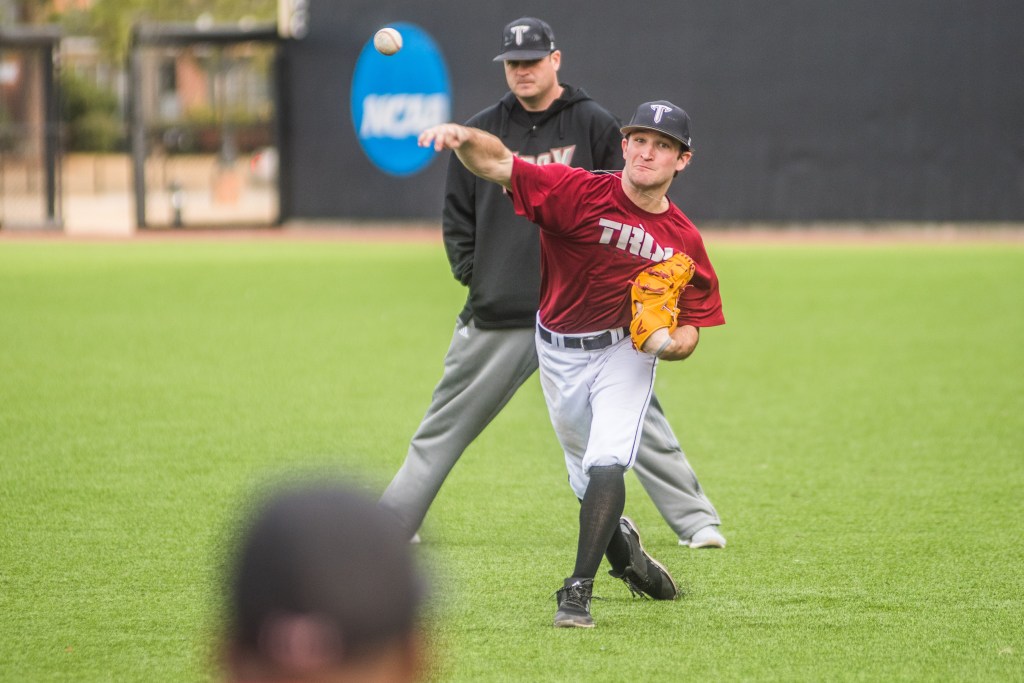 Former Pike Liberal Arts Patriot Rush Hixon has longed dreamed of being a Troy Trojan. On Friday, he officially started practicing with the Trojans.

Former Pike Liberal Arts Patriot Rush Hixon is living a dream by putting on the jersey of the hometown Troy Trojans.

“It’s really cool,” Hixon said. “It’s a been a dream of mine ever since I was old enough to play baseball to come and contribute to the hometown team. To get to do that is pretty surreal. It hasn’t really sunk in. I believe opening night will be a fun one for me.”

Hixon helped lead the Patriots to a state title in 2012. At Wallace, Hixon finished his freshman season 5-1. At CACC, Hixon went 8-1 with 68 strikeouts in 84 innings of work. Hixon ranked second in the Alabama Community College Conference with a 1.50 ERA and was named an ABCA NJCAA Rawlings Gold Glove Award winner.

“I kind of put those awards in the past,” Hixon said. “I realized they won’t help me do anything at this level. As good as it is to have confidence, it’s not going to allow me to do anything here. I have kept the same work ethic coming here and I want to help the team find a way to win every time I am on the mound.”

Hixon has had limited work with the pitching staff since his arrival, but in that time they have taken him under his wing and have prepared him for baseball at the Division-I level.

“All these veteran guys have taken me under their wing and showed me a lot of what it takes to win at the junior college level (is what) it takes here. You just have to get in there and compete. That is what we take pride in – pitchers getting in there and competing every pitch.”

Hixon has already felt a connection to his teammates and he believes the chemistry on this team could be a major strength during the season.

“That is one advantage we have,” Hixon said. “We are all very close. Everybody on the team gets along. The pitching staff, we all work together. It’s a lot of fun being out here every day with them. There is never a dull moment with us.”

“Me and Chase grew up playing in the same league,” Hixon said. “Joey was a little older so I just got close to Joey once I got here. He is just what everyone says he is. The guy works hard and brings it every day that he is out there. Having a guy like that as a veteran leader means a lot. He lays the path for us younger guys. Having those two here, two local kids, they know how it is and they know the pressure of being the local kid.”

Hixon has spent time as a reliever at Wallace and as a starter at Central Alabama. He expects to get time in both roles this season.

“We talked about bullpen to start with and then we talked about starting,” Hixon said. “He told me I could do either. It’s still up in the air. I am perfectly OK with that. However I can help the team is the role I will take.”