Play ball: Trojans return to the diamond for spring practice 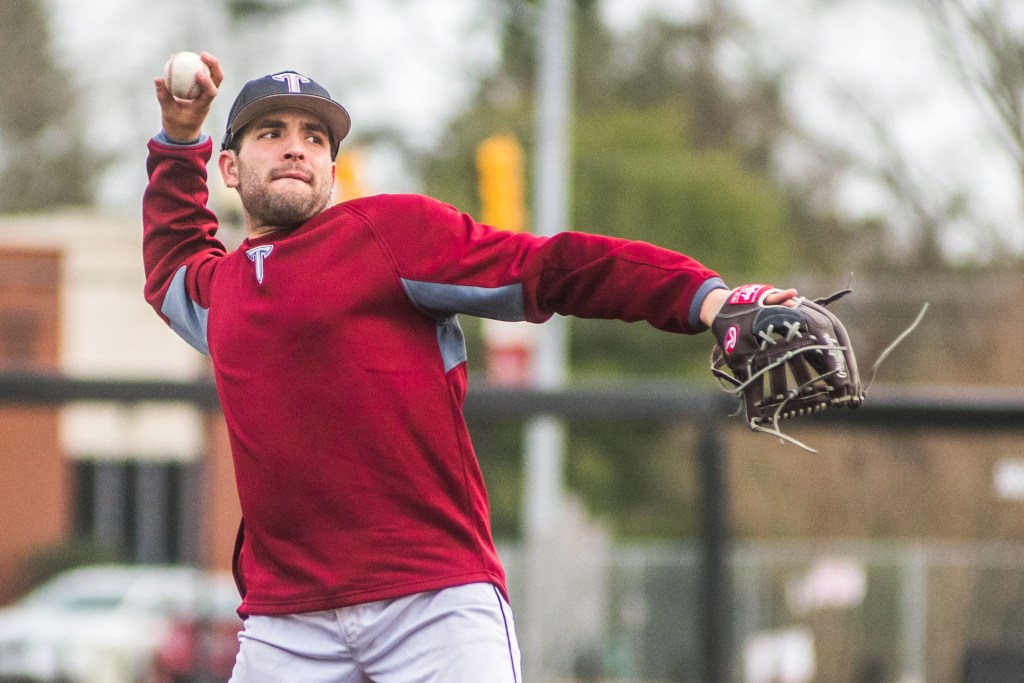 The Troy Trojan baseball returned to the field for their first official practice on Friday afternoon at Riddle-Pace Field. Above Chase Smartt throws the ball during infield practice.

With the three weeks until the start of the 2018 baseball season the Troy Trojans held their first official practice on Friday afternoon at Riddle-Pace Field.

The Trojans open up the season on February 16 at home against UT-Martin in a four-game weekend season. On Friday they began preparations.

“This is a great day for us,” said head coach Mark Smartt. “It’s the first official practice day. It’s Sunny and 75 degrees in my mind. I don’t know what it really is but it’s better than being indoors.

The Trojans were able to work some work during the fall to help bridge the gap to Friday and Smartt likes where his team is.

“I am excited to get started with this team,” Smartt said. “We had an excellent fall season. I really like the work they did. I really liked the improvements our team made. I look forward to see where we are when we start. It’s a good starting point. We have three weeks to get ready and I am confident in our team to do that.”

The Trojans finished last season with a 31-25 overall record and are coming off a first-round exit in the conference tournament to South Alabama.

In the short term, the Trojans will use these three weeks of practice to prepare the pitching staff led by Andrew Crane.

“Main thing right now is to get the pitchers ready,” Smartt said. “That’s always the main challenge early in the season. Make sure their work is light and they aren’t overused early.”

On the offense it’s all about getting as much swings as possible.

“It’s repetition,” Smartt said. “Get as many at bats as they can. Some guys will be ready to start the years and some guys won’t. Its just part of it.”

One player that is really excited for the first day of practice was Troy native and right fielder Joey Denison who went down early in the season due to a wrist injury. He was granted a medical redshirt.

“I am super excited to get back to some competitive baseball,” Denison said. “It’s been a while. I have been practicing and doing everything full go. So I shouldn’t miss a step really.”

Coach Smartt is excited to get Denison’s .344 career batting average back in the lineup.

“It’s great,” Smartt said. “I hate he missed out on his first senior year. This is his second run at it. We all saw last year he played injured for about a month and couldn’t perform like Joey Denison. He is healthy. He is in a great place mentally and physically. There is no reason for me to think he won’t be a key part of our lineup based on his past production.”

The Trojans lost one Troy native after last season in Houston Mabray, but they gained another in Rush Hixon. The junior comes to Troy after spending last season with Central Alabama Community College.

“It’s really cool,” Hixon said. “It’s been a dream of mine since I was old enough to play baseball to come and contribute to the home town team. To get to do that is surreal and it still hasn’t necessarily sunk in.”

Hixon will join other Troy natives Chase Smartt and Denison.

Troy’s first game against UT-Martin will begin at 6 p.m.