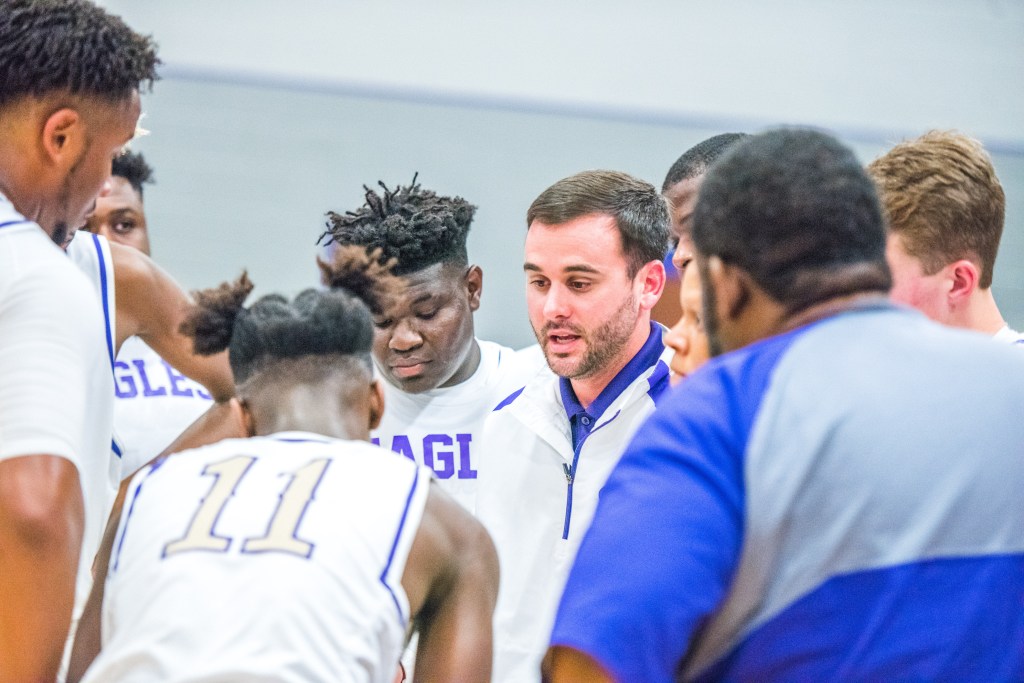 Messenger Photo/jonah enfinger The Goshen Eagles advanced to the Class 2A Area 6 championship when they defeated Central Hayneville 75-70 on Wednesday.

The Goshen Eagles used a strong third quarter to defeat the Luverne Tigers 48-35 in a key area matchup on Friday night in Goshen.

The Eagles improved their record in area play to 3-2 with one game remaining.

“We got back on track,” said head coach Ethan Carroll. “We had some rough ones recently. We were a little rusty tonight as well, but we wanted to see some intensity. Our shots aren’t falling right now and it’s easy to get discouraged, but we are going to keep trucking in and everybody is going to keep buying in.”

“Biggest thing is we focused on defense,” Carroll said. “We gave up 70 points last night (Thursday) to a team we thought we could compete with. We focused not so much on the offense tonight, but let’s see if our defense could create some offense.”

The Tigers dwindled their deficit down to 13 in the fourth quarter, but the Eagles were able to keep them at bay.

Michael Hollis led the Eagles in scoring with 12, while Zack Alford had seven.

The Eagles will close up area play on Tuesday when the host Central-Hayneville with the shot at a regular season championship very much in play.

“There are still some games to be played out,” Carroll said. “It’s still wide open.”