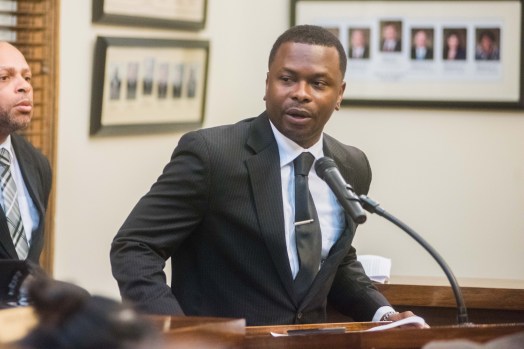 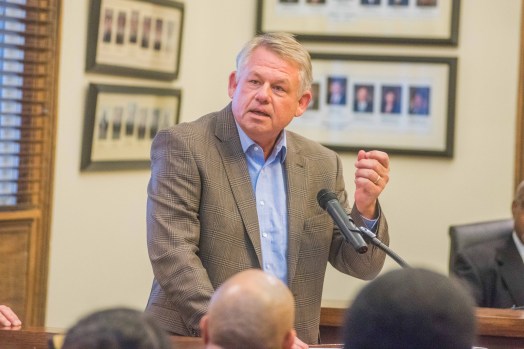 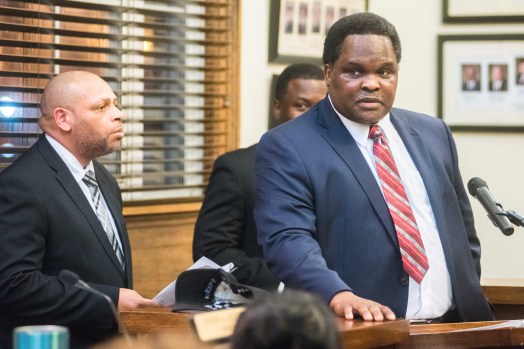 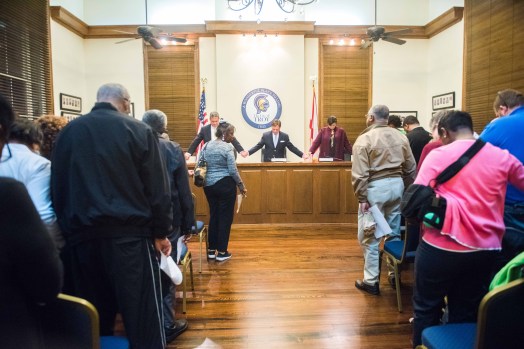 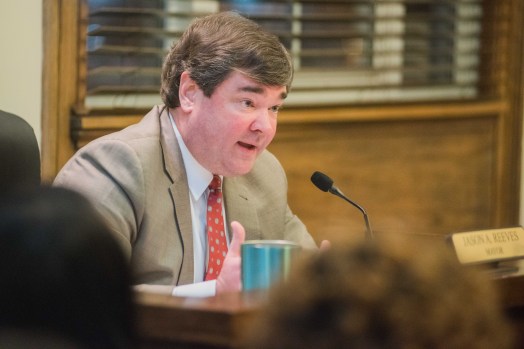 Troy residents raised their concerns to the Troy City Council Tuesday including residents of Heritage Ridge concerned about the Conecuh Ridge Distillery and the Ministerial Alliance asking for transparency regarding an investigation of the Troy Police Department.

Joe Bradley and Benny Scarbrough of the Heritage Ridge Homeowner’s Association said the residents of the community do not want the whiskey distillery near their neighborhood.

“We’re concerned about several things – smell, noise, traffic and the unknown effect on our home values,” Bradley said. “I know these kinds of issues can be very emotional issues for concerned citizens, so I want to stick to the facts… and thinking about this unemotionally, I had an ‘Aha!’ moment and I hope you have one as well.”

Bradley summed up what he called the factual statement of the city’s recruitment of the distillery, which was announced in September 2017 with a special presentation by Gov. Kay Ivey.

“The mayor and council want to use the power we gave to them to bring a whiskey plant to Troy and place it near our neighborhood and entice the whiskey company with at least $1.7 million that we provided to the mayor and council,” Bradley said. “When you think about It in that fashion, it really does seem ridiculous. It’s going to have an unknown impact on our homes. People in our community in the development business may never be able to sell there.”

The city offered the whiskey company up to $3 million in incentives to locate in Troy as a both a manufacturer and a tourist destination and officials have said the location of the property is an important part of that recruitment.

Bradley said the residents of the community don’t believe the mayor or council set out to harm the people of the neighborhood, but that the council made a mistake while trying to recruit an industry to the city and asked them to make it right.

“It is said you can discover a great deal about a person’s character when they’re in a position of power,” Bradley said. “And you can tell someone’s courage when you make a mistake. Mayor and council, you’re in a position of power and like we all do sometimes, you’ve made a mistake… What are you going to do about it? I truly believe the mayor and people on the council have the courage to correct their mistake.”

Bradley asked the council to “make it right” at the meeting by voting against or tabling the issuance of $1.7 million in bonds to purchase the property for the whiskey distillery.

The council voted unanimously however in favor of the issuance and sale of the bonds during the meeting.

Mayor Jason reeves said after the meting that he would be continuing to meet with the homeowner’s association about their concerns and councilmember Stephanie Baker, District 4, said representatives of the company will also meet with the association.

Pastors Anthony Askew of the Troy Ministerial Alliance also addressed the council at the meeting in addition to Tyrone Moultry and Elijah Shafah.

“We ask that you would open your eyes and provide insight into our community’s frustrations, disappointments and sometimes anger,” Askew said. “Our community needs to feel a sense of human dignity and respect.”

Askew said that the purpose of their call is not to rouse “outside agitators” or bring violence, which he said is “not on the table” and called it “an unholy action unsanctioned by God.”

“We want to build a healthy bridge between the community and law enforcement,” Askew said. “We want truth, transparency and justice for the merciless beating of Ulysses Wilkerson. Want the discipline of the officer if he acted outside of his oath. We want to see footage from the (body) camera. Where is the voice of the city?”

Wilkerson, 17, was injured in an arrest by the Troy Police Department on Dec. 23, 2017 after fleeing from police and resisting arrest, according to police.

Photos posted of the teen’s bloody and swollen face, posted by his family, quickly circulated on social media.

“There are two situations going on,” Reeves said. “One is a microsituation related to an investigation that I cannot discuss. But the macrosituation is of us coming together and working as a community and building trust. The macro things are things we can deal with at any time.”

Reeves said he is open to continuing meetings similar to past community forums organized by local charity leaders.

“As we have met in the past, as a group, I would welcome a meeting again as a group to discuss ways that we can bring ourselves together,” Reeves said. “I would appreciate that and I think every person in this community, regardless of race and creed, wants that and I am dedicated to the core of my soul to that. We are all going to work together and we’re going to get through this.”