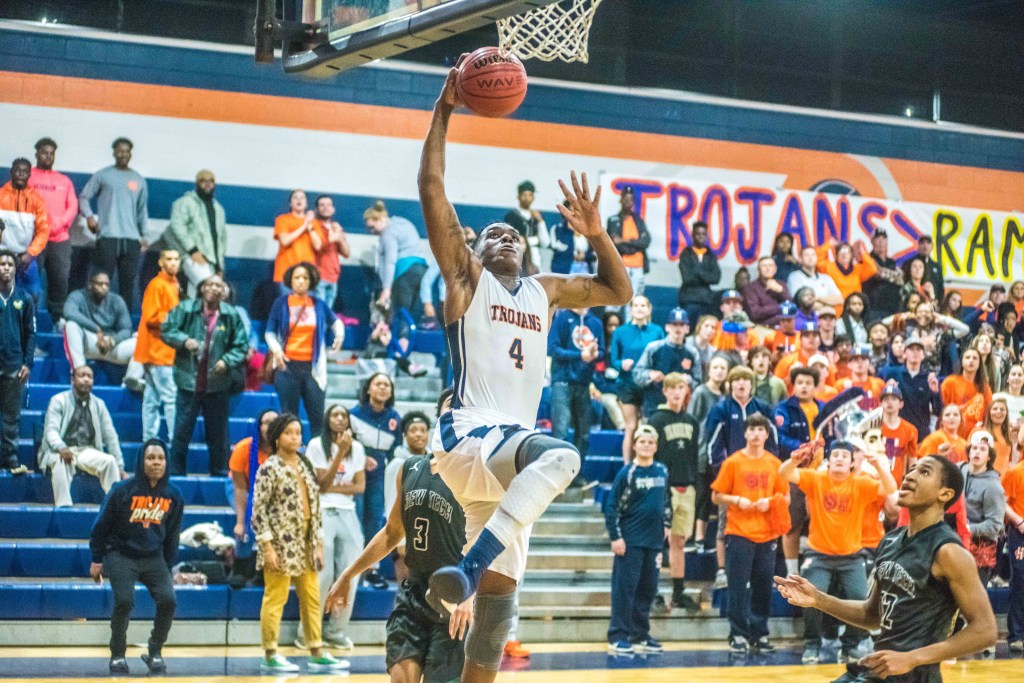 The Charles Henderson Trojans knocked off the Brew Tech Rams 48-43 on Tuesday night in Troy.

The win gives the Trojans their second area win with one remaining.

The Trojans received a big contribution by Kelshun Campbell who finished with 17 points.

“He was big, but he could be so much better,” Tuck said. “We had four or five point blank (shots). He has to finish those. He has to be the closer. He is a mismatch because he can put the ball on the floor.”

The win gives them one more win over both Brew Tech and Greenville.

“It put us in a great situation,” Tuck said. “Brew Tech got beat by Greenville the other night. Right now we are 2-1 and everybody else is 1-1. We just have to take care of business on Saturday.

On Tuesday the Trojans, in front of a packed house, jumped out to an early lead and took a 13-12 lead into the second quarter.

The Trojans built that lead in the second quarter thanks to an 8-0 run to put them up 28-17 going into the half.

The Rams were able to climb back into the game in the third quarter and cut their deficit to just three heading into the fourth quarter.

Campbell scored six points in the final quarter to keep the Rams at bay.

The Trojans will go for the No. 1 seed on Saturday when they head to Greenville to play the Tigers.

“It’s going to be fun,” Tuck said. “I am looking forward to it. This is probably the most fun and this is the most excitement since I played here.”