Lady Trojans one win away from earning No. 1 seed 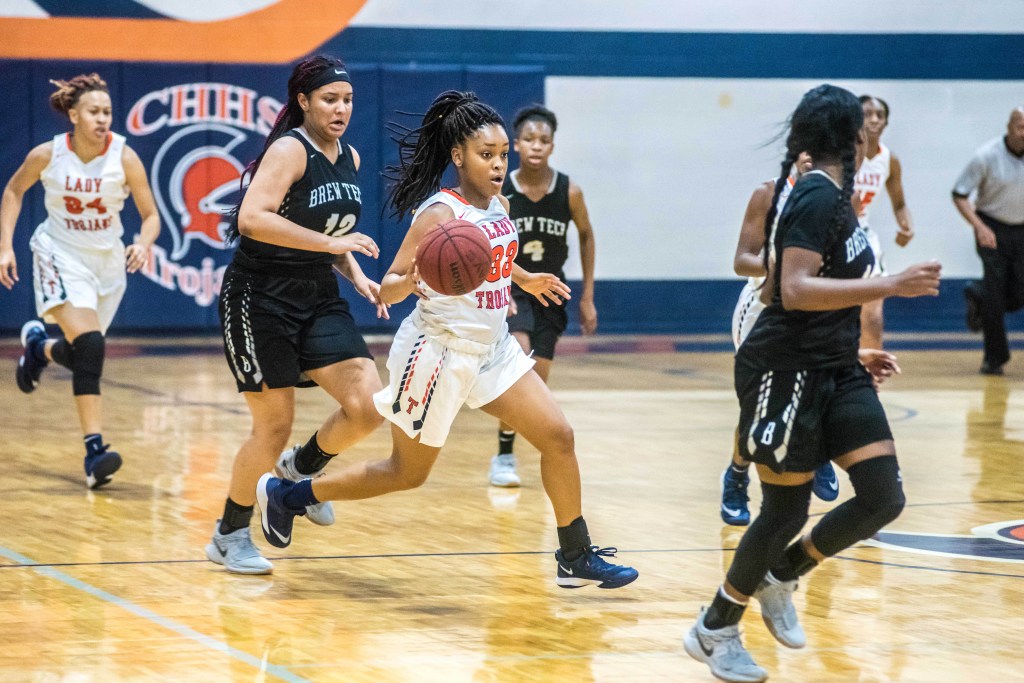 The Charles Henderson Lady Trojans took one step closer to clinching the top seed in the upcoming area tournament after defeating area rival Brew Tech 53-11 on Tuesday night in Troy.

The Trojans will close out area play on Saturday when they travel to take on Greenville.

The win for the Trojans keeps them undefeated within the region.

“I am happy for them and I am excited,” said head coach Dyneshia Jones. “We have to get one more win and clinch as far as us hosting the area tournament.”

The Trojans and Rams have been at or near the top since they joined the same area two years ago and, because of that, the two have been bitter rivals. Tuesday night’s win gave the Trojans the regular season sweep.

“It’s big,” Jones said. “Any win is important right now. This is what we play hard for, area play. We are getting ready for area play and want to host it at home.”

The Rams are younger this year than in years past and the Trojans have taken advantage, which showed Tuesday night.

“They are younger and we are more experienced,” Jones said.

The Trojans allowed just 4 Ram points in the first half and carried a large 33-4 lead into the locker room at halftime. Niaira Jones scored 10 of her 14 points in the opening half to help Charles Henderson get the early advantage.

Maori Davenport finished with 14 points in the Trojan win, while Tatyana Siler had 12.

Jones and the Trojans hope to finish off area play on a high note Saturday night.