Lady Bulldogs give strong effort in win over Warhawks 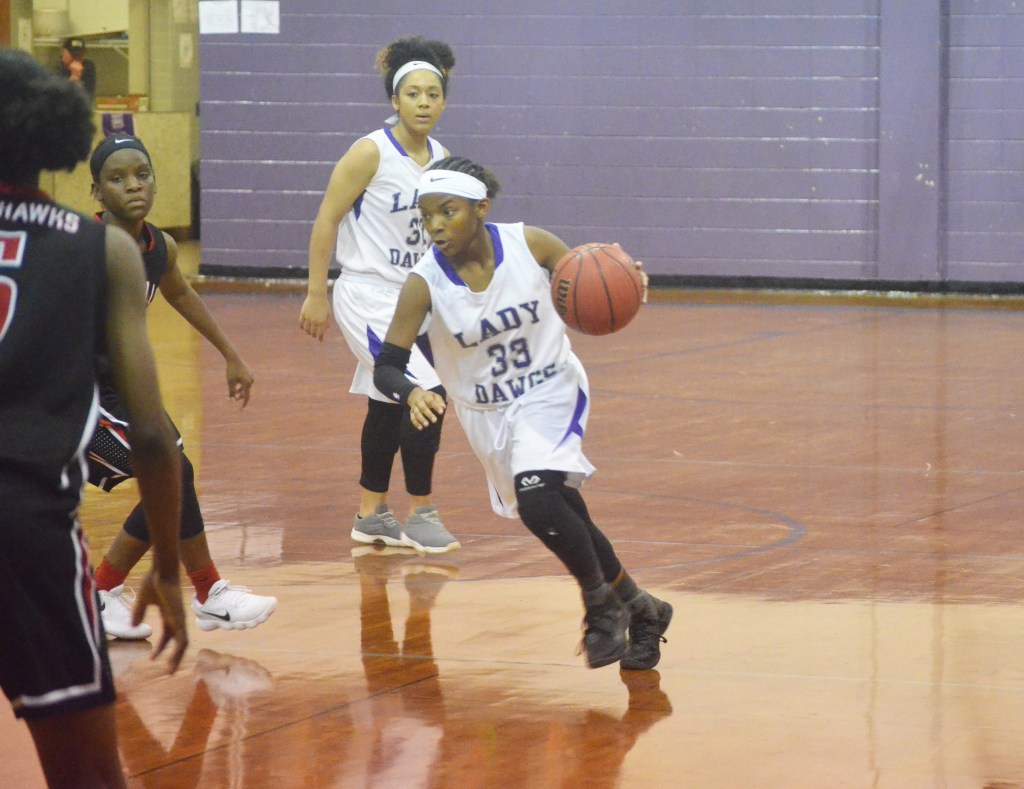 The Pike County Lady Bulldogs picked up perhaps their biggest win under head coach Todd Reynolds when they defeated Daleville 34-31 on Monday night.

The win brings their area record to 4-3 and clinches the three seed in the upcoming area tournament.

“That was three years of work,” Reynolds said. “Our battle plan was to keep our intensity up and keep playing hard. That is what we did. We kept our intensity up and we played hard.”
The Bulldogs led throughout the second half on Monday night and took a 27-22 lead into the final quarter.

The Bulldogs lead never got higher than five points and every time it looked like the Warhawks were going to take the lead, the Bulldogs made a stop.

“Again that is three years of work and finally reaching that point,” Reynolds said. “We have been dabbling with it all year. We dabbled with it twice against Providence. It was about time that we took that next step.”

Reynolds saw strong play out of his defense all night.

“There was good intensity,” Reynolds said. “We have to rely on our speed. We were able to keep pressure on the ball and keep them off balance. My post game really stepped up. They battled and got me some boards that we have been waiting on them all year to get.”

The Bulldogs received strong play out of their leader Precious Vaznaian. The junior scored 6 of the Bulldogs’ 7 points in the fourth quarter to help hold off the Warhawks.

“It’s within her,” Reynolds said. “She has to step up and be that player. In the last two years she would shy away from that. In this one, she didn’t shy away. That’s tremendous for her.”

With the game still in doubt with 12 seconds remaining, eighth-grader Kyah Rouse received the inbound pass and was fouled, sending her to the line with the Bulldogs holding a 33-31 lead. Rouse made one free throw to put the Bulldogs up by three.

“We designed that play to get her the ball,” Reynolds said. “She is my best free-throw shooter. She made one out of two and it was enough.”

Vaznaian finished with 20 points on the night, while Kyah Rouse had six.

Following the game, the players went into the locker room celebrating and at one point could be heard hollering from the court.

“You can’t downplay the significance of the win,” Reynolds said. “It was bound to come. It just happened to come now. This is just a step. It’s not over.”

The Bulldogs will close out area play on Friday when they travel to take on Houston Academy.