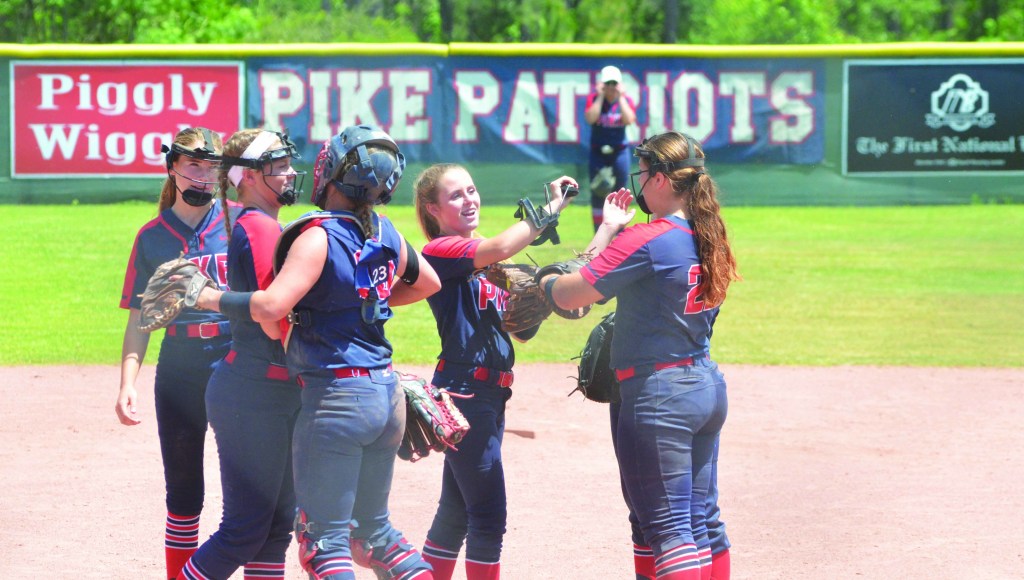 The Patriots celebrate after getting a win against Fort Dale last season.

While high school teams affiliated with the Alabama High School Athletic Association are still limited in what they can do on and off the baseball and softball fields, the Pike Liberal Arts Patriots of the Alabama Independent School Association are allowed to hold full practices and head coach Robert Rollan is taking full advantage.

The Patriots and the rest of the teams within AISA were allowed to hit the fields on January 9 and nearly two weeks later, Rollan likes what he is seeing out of his players.

“We are getting there,” Rollan said. “It’s a process of blending the old with the new and trying to get in as many cuts as you can. I think these next two weeks are going to be key.”

The Patriots plan on holding numerous intrasquad scrimmages over the next couple of weeks.

“We have been doing more fundamental work over the last two weeks,” Rollan said. “Tuesday we got into the cages and hit very well. I saw a lot of improvement from where we stated hitting until that day. We have to start playing the game on a daily basis to get to where we want to be.”

Playing the early scrimmages allows Rolland and the Patriots to see what they have in their young players.

“It allows you to take your young girls that aren’t up with how you do things to catch up instead of going through conditioning and throwing,” Rollan said. “It takes a full month to six weeks to get them completely ready.”

Every year the Patriots have a new team and Rollan wants to see what kind of team will be wearing the red, white and blue this season.

The Patriots have gotten off to slow starts in each of the last two seasons. This year Rollan is preaching the importance of energy and hard work early.

“The last two years we have started off very slow,” Rollan said. “I really want them to come out and start strong. We are pushing them a lot harder than we have done in the past. We are a lot older than we have been in the past so we can.”

The Patriots will kick off the season on February 9 in the Northview Tournament.