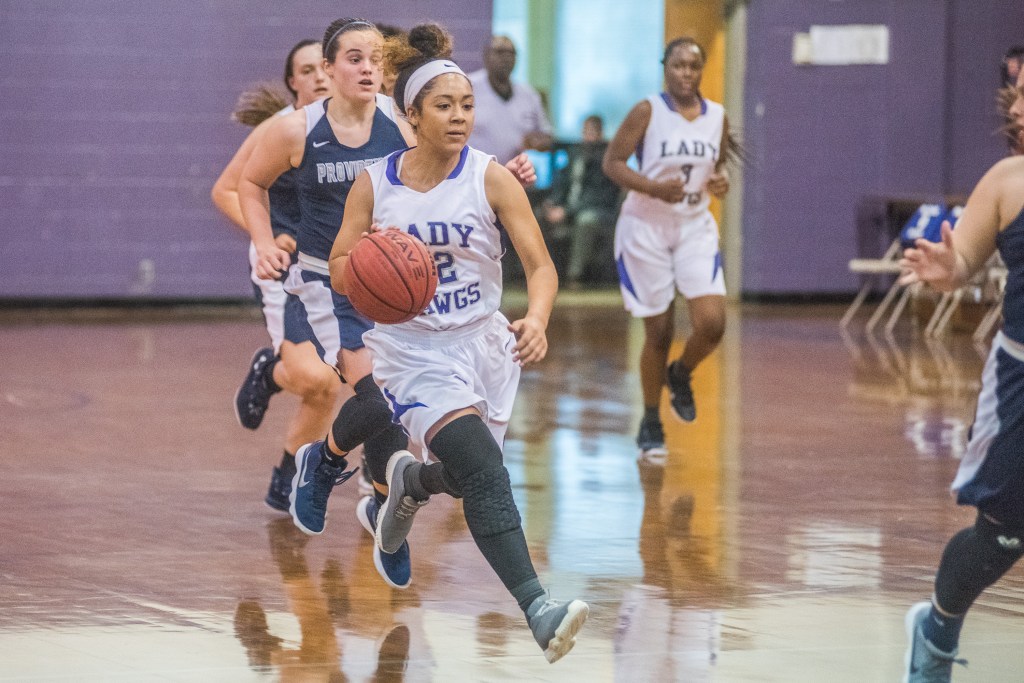 The Pike County Lady Bulldogs have been in rebuilding mode since Todd Reynolds arrived on scene. Now in year three, the Bulldogs are starting to see light at the end of the tunnel.

After a daunting schedule to open the season, the Bulldogs have begun area play with a 2-3 record and Reynolds is beginning to see progress.

“Anytime you are trying to establish or upgrade something it’s going to take longer than you would like it to,” Reynolds said. “This is year three and we have made steady strides. When you have young players it takes time. We have some young talent, but again: it’s a lot of new dynamics from last year.”

The early part of the Bulldogs schedule featured powerhouses such as Charles Henderson and T.R. Miller.

“Charles Henderson, Geneva Country, T.R. Miller – we were playing monsters,” Reynolds said. “We survived them. Now we are in area play and the team is starting to gel. It’s a process. It takes time. You have to have the patience to ride it out. We are at the point instead of us worried about getting beat by 30 or 40 a few years ago to now trying to win these close games.”

Playing those bigger schools early in the season allowed the Bulldogs to be more confident now that area play has started. Their opponents no longer intimate them.

“The biggest battle is the mental factor,” Reynolds said. “I talked to the players the other day about this. Go into a game expecting to win and being surprised if you lose. Not the other way around. We are starting to change the dynamic to where we are starting to expect to win.”

The Bulldogs have had steady contributions from Precious Vaznaian and Kyah Rouse all season long. The goal for the Bulldogs is to find a third or possibly a fourth scorer.

“My guard play, if they can stay together is going to be really solid next year,” Reynolds said. “Aliah Broadnax has really stepped up. Once she gets some consistency, she could be a big factor. She has had some games where she would score near 20 points.”

“We are going to vow to be competitive and hang around and get the win,” Reynolds said. “Nothing is beyond us. We played some teams pretty strong. We are really striving to get that three seed. If we are able to do that, we are looking at playing Providence one more time on a neutral court. In area play they have beat us by four points and five points. You feel like you have a chance with those types of numbers.”