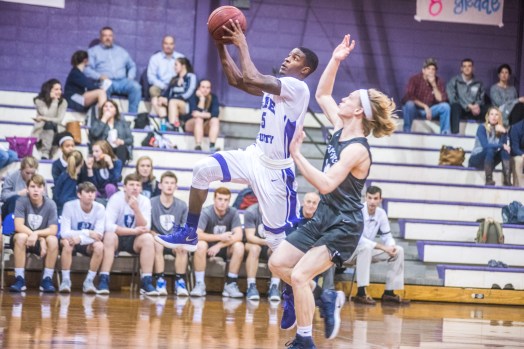 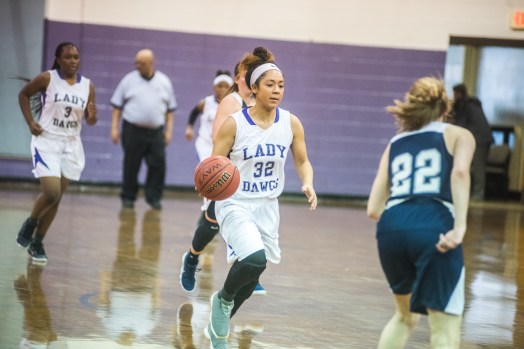 photo/Jonah Enfinger Precious Vaznaian dribbles the ball up the court for the Bulldogs. 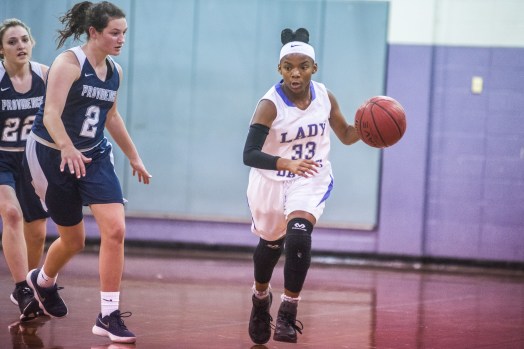 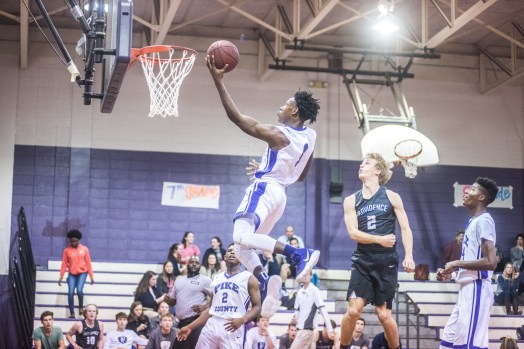 The Pike County Bulldogs split with the Providence Christian Eagles in an important area matchup on Tuesday afternoon in Brundidge.

The Lady Bulldogs began the afternoon by falling to the Eagles 51-46 to fall to 2-3 in area play.

The varsity boys overcame a slow start and went on to win 59-41 to improve to 5-0 in area play.

The games were moved up do to the threat of winter weather on Tuesday evening. Lady Bulldogs head coach Todd Reynolds believes the early start may have contributed to their inconsistent play.

“Inconsistent,” Reynolds said. “The early start kind of discombobulated us a little bit and that was just enough for them (Providence), being a veteran team, to handle it just a little bit better.”

The Bulldogs were able to scratch their way to as close as five points with under a minute remaining but couldn’t climb all the way back.

Vaznaian led the Bulldogs with 27 points, while Rouse finished with 11.

The boy’s basketball team overcame a slow out the gates, but a 22- point second half was too much for the Eagles to overcome.

“We came out sluggish,” said head coach Doug Holland. “We picked it up in the last two minutes of the first half. I thought they played well.”

The Bulldogs managed 11 points in the opening quarter and went into the second leading 11-8.

The baskets started to fall in the second quarter for the Bulldogs. Pike County closed out the first half on a 7-0 run and went into halftime with a 27-18 win.

Center Andres Burney scored just five points in the first half. His contributions in the second increased when he added eight more to help put the game out of reach.

“He has been playing big all year,” Holland said. “I though he got started slow, but he does a good job protecting the rim.”

The Eagles were able to bring their deficit down to 10 in the early part of the third quarter before the Bulldogs again went on a 7-0 run to put the game out of reach.

Burney finished with 13 points for the Bulldogs while, Jaidyn Wilson and Jahzarian Lampley had 11.

The Bulldogs will be back in action on Thursday when they host another area rival in Daleville beginning with junior varsity squad at 4:30 p.m.