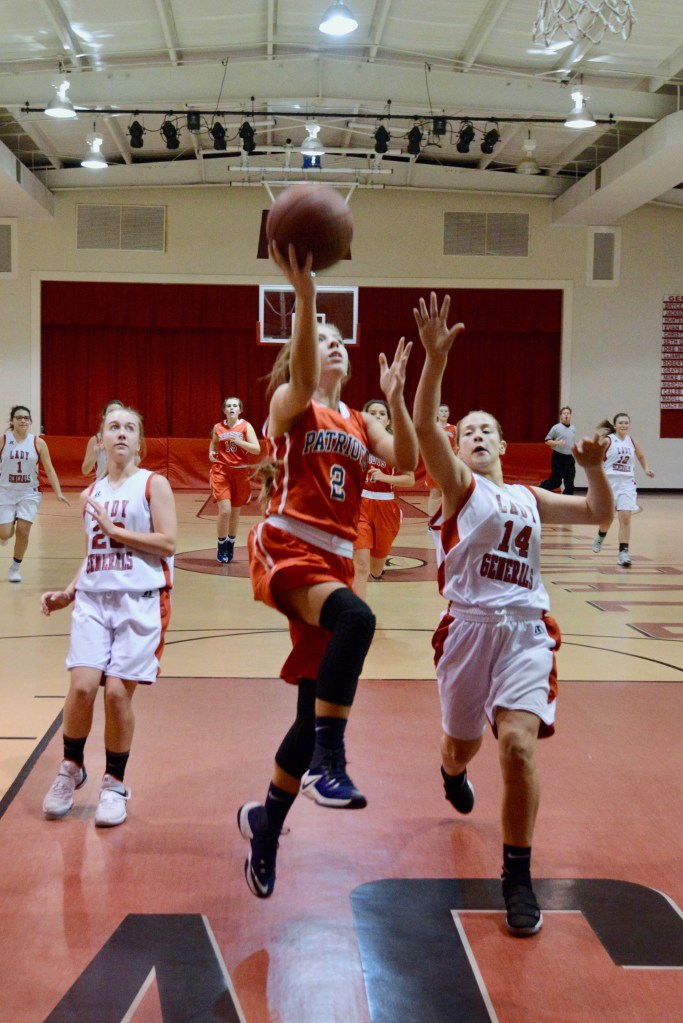 Messenger Photo/Mike Hensley Emma Kirkpatrick throws with her teammates during a throwing session at the Troy Sportsplex on Wednesday afternoon.

First-year head coach Chris Garner and the Pike Lady Patriots picked up their first win of the season against Emmanuel Christian 35-26 on Tuesday night.

With the Patriots getting back into area play this evening, Garner hopes the win is a sign of things to come.

“It was good for our team,” Garner said. “After seeing how they played last Thursday night, it inspired the girls. They brought it over to last night and to get a win, I think it will carry over to tomorrow night when we play Northside again.”

Offense has been somewhat of a struggle this season for the Lady Patriots. On Tuesday, Garner believes his team shot more and it made a difference. Eight players got on the score sheet in the game, the most all season.

“Their shots went in and I think that gave them confidence,” Garner said. “Shelby (Renfroe) had her confidence carry over from Thursday night. We found the rythmn on Thursday and it carried over to last night. We haven’t had eight score all year. The more and more we play, the more we can compete with teams.”

The Patriots have played one area game so far this season. With the bulk of area play still remaining, Garner believes his team has the ability to compete with the other teams in the area. Confidence will go a long way towards that goal, he said.

“Throughout the area I have seen the confidence steadily going up,” Garner said. “To get over the threshold last night was a big confidence booster. The girls are looking forward to (Thursday) night. We get Northside again. We know we can beat them. We have to win so let’s get it.”

The Patriots roster saw some heavy turnover following last season. Laruen Johnson, Susie Stell and Danielle Brown all graduated. The early portion of the season was a growing process for the young patriots.

It has been a team effort lately for the Patriots, as more than one player has been producing over the last few games.

“After I challenged them against Glenwood, the whole team has stepped up,” Garner said. “They have stepped up their play a little more every game. I challenged them to rebound more. Last night (Tuesday) we had some offensive put backs, something we really haven’t had all year.”

The Patriots will hit the road for Dothan this afternoon to take on Northside. The Lady Patriots will be the third game of the afternoon. They will follow the Junior varsity girls and boys. Games are scheduled to start at 4 p.m.