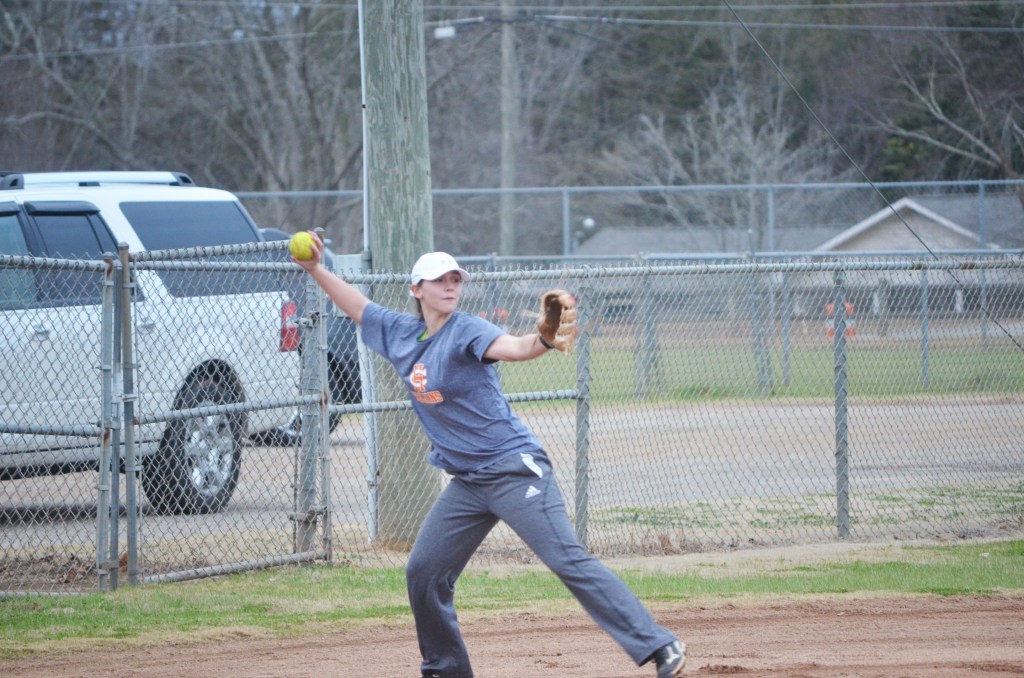 Messenger Photo/Mike Hensley Emma Kirkpatrick throws with her teammates during a throwing session at the Troy Sportsplex on Wednesday afternoon.

Even though things don’t officially begin for the Lady Trojans until the final week of January, softball is now officially in the air as the team began their throwing program this week in advance of the 2018 season.

“It’s exciting to get the season going,” said head coach Robin Snyder. “It’s not the official first day, but it’s the first week of throwing, getting the girls out here and getting their arms in shape for the season. It gets them excited and it gets our coaches excited.”

Thing will be a bit different this year for Charles Henderson softball. For the first time in program history, the Trojans will field three teams. Joining both the varsity and junior varsity teams will be a junior high squad.

“I hope it builds confidence in them,” Snyder said. “It gives them the confidence knowing that they can win area championships. Naturally, we left regionals thinking we did not do as well as we should have. Hopefully that is going to give us drive this year to make it back to state. That is our goal. Our expectations are to win the area and compete for the region.”

Even though the Trojans are limited to what they can do until late January, Snyder still expects to see his team compete in whatever they do.

“Personally I always look for competition,” Snyder said. “I want to see competitiveness. Every opportunity we get we try to get the girls in some type of competition. We want them to be competitive with themselves and with other teams.”

The Trojans will hold their first official practice on January 29 and will play Enterprise on February 19.