Reports: Brown not in the running for Arizona job 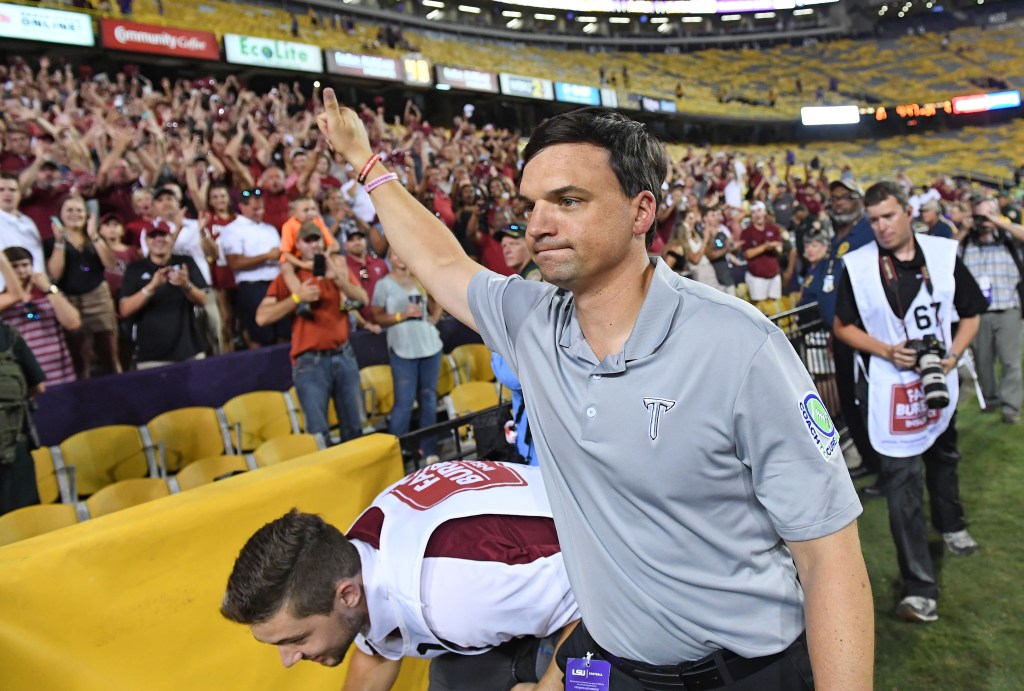 According to reports, Troy head coach Neal Brown will remain with the team for the 2018 football season.
According WTVY sports anchor Noah Mindel, Brown told his players during a team meeting that he will be remaining at Troy.Brown reportedly interviewed for the head coaching position at Arizona earlier this week.

Brown has led the Trojans to a 21-5 record over the last two years. Brown and the Trojans won a share of the Sun Belt Conference championship this past season.