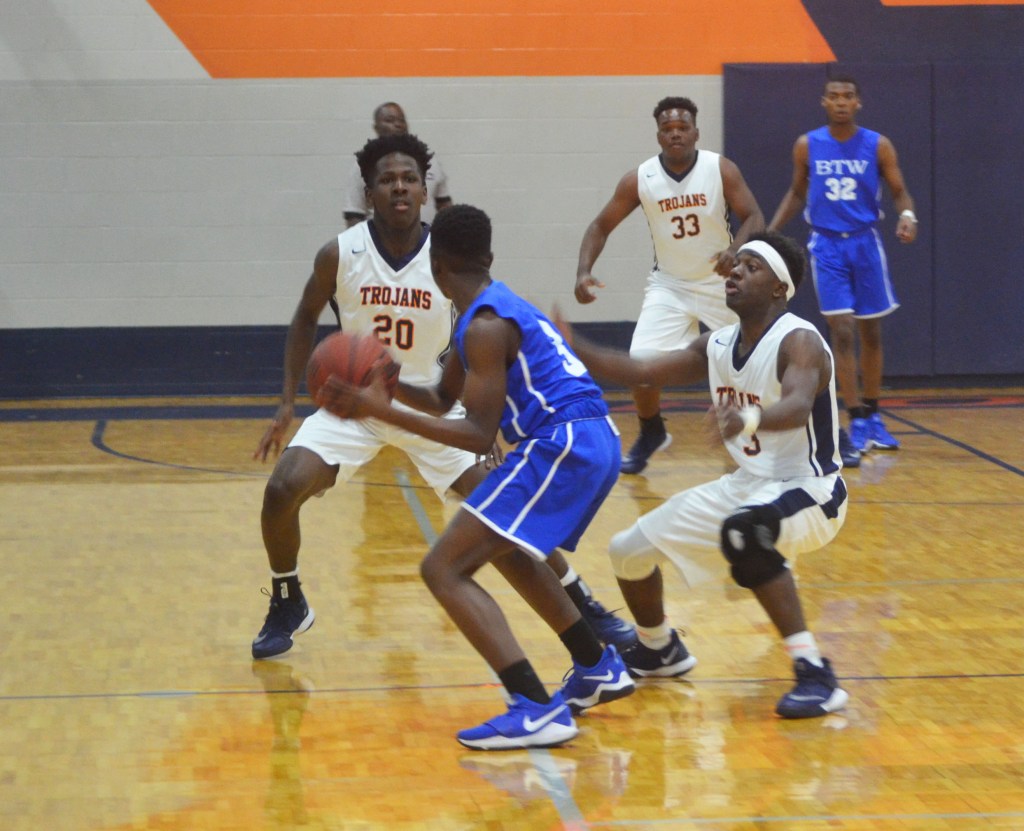 The boys closed out the evening defeating the Yellow Jackets 72-15. The win for the Trojans improves their record on the season to 8-6.

“Intensity,” Tuck said. “We played good on defense and we played hard on defense. We are going to keep grinding. We are going to take it one game at a time. We start region (area) play next week and that is what we are trying to build towards. Everybody got to play tonight which is really good.”

Despite the lopsided win, Tuck still found things his team needs to work on.

The outsized Yellow Jackets were tested from the very beginning. Charles Henderson held Booker T. Washington to just two points in the opening quarter compared to their 13.

The Trojans added 24 points in the second quarter and took a comfortable 37-7 lead into halftime.

The Yellow Jackets scored eight points in the entire second half compared to Charles Henderson’s 35.

Kelshun Campbell and DQ Toney led the way for the Trojans in scoring with 12 points a piece, while Jalen Tuck and Laertis Brantley each had 11.

The Trojans will hit the road for Ozark today and they will be back in the gym bright and early in order to get ready.

“They are one of those teams that we are looking forward to beating in the playoffs,” Tuck said. “At 8:00 (a.m.) we will be here shooting free throws. We will work on the energy by the time we get to the game.”

The Lady Trojans defeated the Yellow Jackets 65-11 on Friday night. Maori Davenport led the way with 20 points, while Tatyana Siler had 18 and Niaira Jones had 5.

The Lady Trojans will also be in action today when they take on Carroll after the conclusion of the junior varsity game at 4:30.