Late surge: Patriots control second half in 60-48 win over Northside in area opener 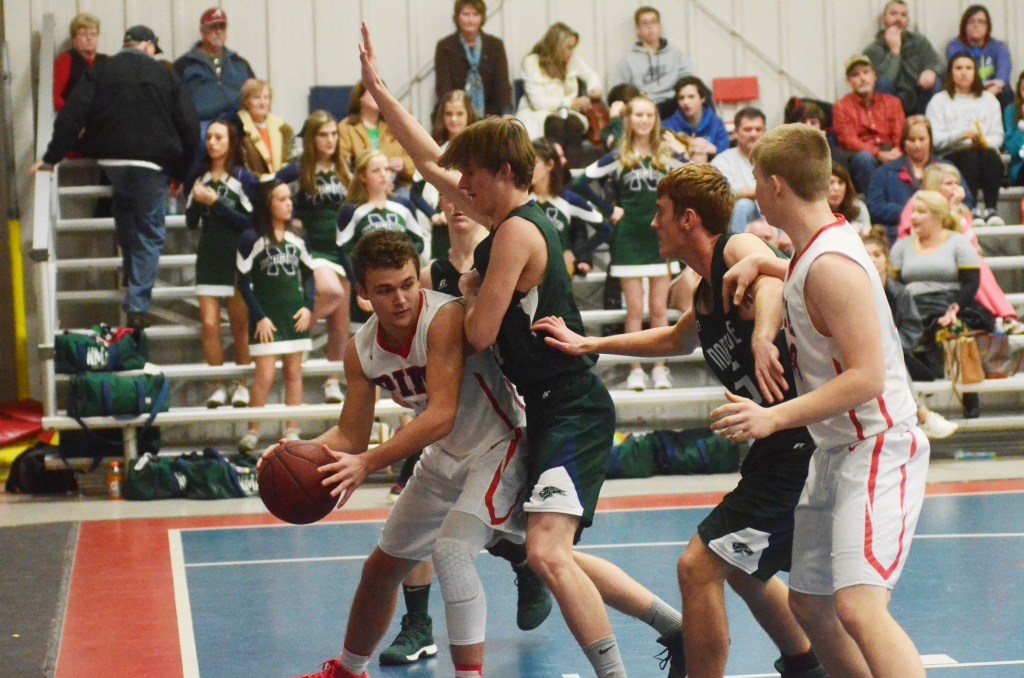 Jade Sikes looks to pass the ball against Northside on Thursday night in Troy.

The Pike Liberal Arts Patriots won the area opener against Northside 60-48 on Thursday night in Troy.

After a lengthy holiday break, the Patriots trailed for much of the opening half before they outscored the Knights 38-22 in the second half on their way to a big victory.

“It was ugly, but good teams have to win the ugly ones also,” said head coach Allen Ponder. “Its frustrating because we talk about being a consistent basketball team. We just haven’t gotten to that point yet. Once we realize we have to come for two halves than I think we have a chance to be a pretty good team.”

The Patriots held the lead briefly in the first half. They led 2-0 to begin the half and then again at 7-6 later in the opening quarter. The Knights built a lead as high as seven before going into the locker room at halftime leading 26-22.

The game went in to the final quarter with the Patriots holding a 38-37 lead. The Patriots outscored the Knights 22-11 in the fourth quarter to seal the area win.

Jade Sikes and Max Copeland led the Patriots in scoring on Thursday night with 15 and 14 points respectively.

“They work hard,” Ponder said. “They work extremely hard on the boards. Max works hard in the post and getting the basketball. Jade is a guy that you don’t really see, but he is always the one that likes to sneak back door and get rebounds. He is good at finishing. Those two do a great job at keeping us in the games when we aren’t shooting the ball well.”

The Lady Patriots dropped their first area game to the Knights 47-28 on Thursday night.

Shelby Renfroe led the Patriots in scoring with 20.

Both the Patriots teams will be back in action on Tuesday when they host Emmanuel.