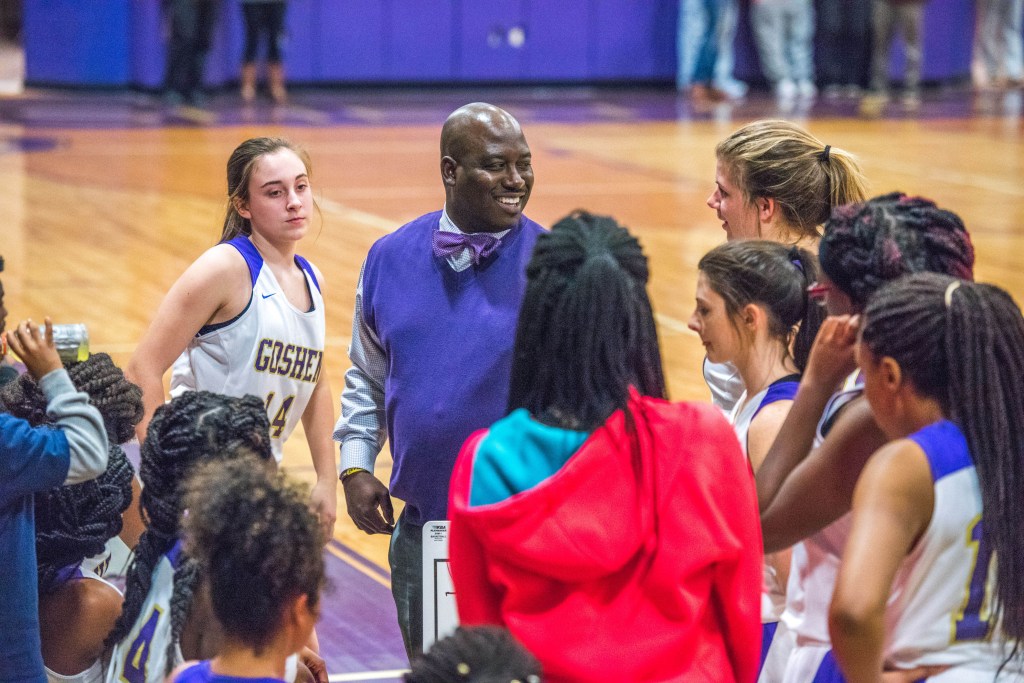 Bree Griffin converted a three-pointer as time expired to give the Goshen Lady Eagles a 53-51 win over rival Ariton on Thursday night.

The game was the Eagles’ first since the holiday break. The win gives the Eagles a 4-1 record.

“We looked decent,” said head coach Fred Lowery. “We looked good. We ran and I am proud of the team because we had to overcome adversity. We played in Ariton and that is always a tough place to play.”

Griffin led the way for the Eagles with 42 points on the night, while Jada Hall had eight.

The Eagles trailed at the end of one 10-6. The Purple Cats extended their lead a bit further when they outscored the Eagles 16-11 to take a 26-17 lead into the locker room at halftime.

The Eagles were able to outscore the Purple Cats 36-25 in the second half and were able to grab the two-point win thanks to Griffin’s buzzer beater.

The Eagles will be back in action today when they take on Greenville.