Lady Eagles look to build on strong start to season 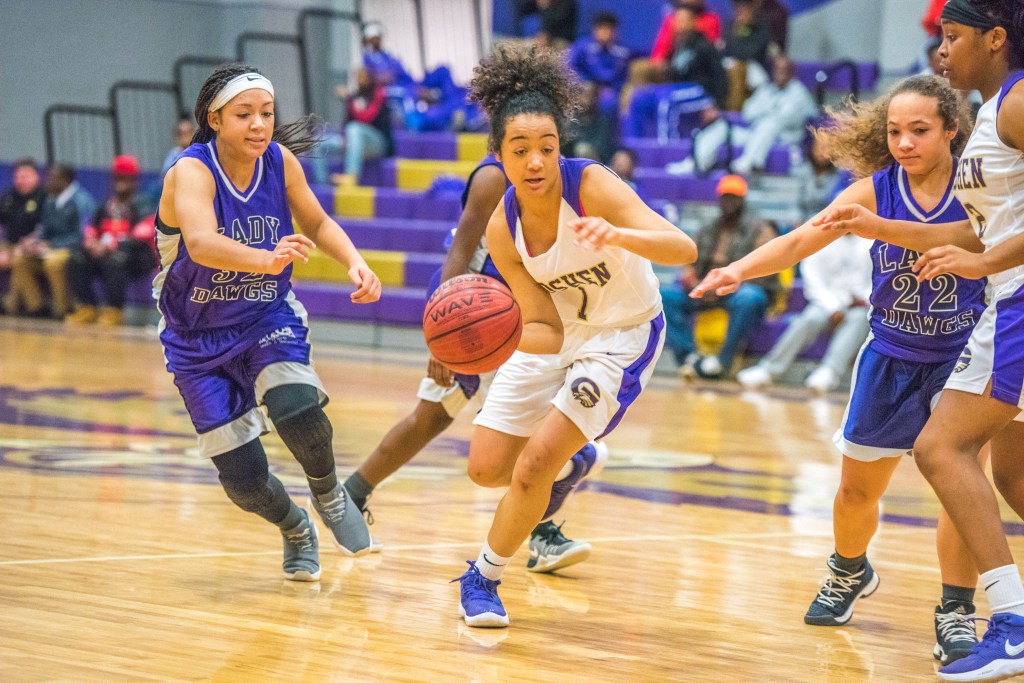 Messenger Photo/jonah enfinger Jada Hall drives the lane for Goshen during a game against Pike County earlier this season.

The Goshen Lady Eagles basketball team got off to a late start, but after four games, head coach Fred Lowery believes he has a team that came make a run at an area championship.

The Eagles find themselves with a 3-1 record with their lone loss coming to Samson.

Bree Griffin has been the go-to scorer for the Eagles since she burst on the scene two years ago. So far through the first four games, that has remained the same. Strong play by Jada Hall and newcomer Genelynn Lee has also been a nice surprise for Lowery and the Eagles.

“Jada Hall has stepped up immensely,” Lowery said. “She has done an outstanding job. I have expected that. Jada has always been one of our better defenders on the team. She has shot the ball extremely well.”

Lee has stepped up and has become the inside player the Eagles have needed since the departure of Shamiya Griffin after last season.

“She has played before, but due to some various things she hasn’t played in a couple of years,” Lowery said. “She has played extremely well for us also.”

The Eagles have relied on the transition game since Lowery arrived on the scene. Despite getting into a rhythm later than most teams, the Eagles have once again been able to take advantage of the running game.

“Our transition game has been good for us,” Lowery said. “We are trying to create turnovers because we are not a great shooting team. We are trying to create turnovers and create some confusion so we can get out in space and run and get some layups. That is what we worked on during the break. We worked on our pressing game and our transition game.”

The Eagles will return to the court on Thursday when they travel to play Ariton.

The Eagles will begin area play January 12 against Luverne. The Eagles won the regular season area championship a year ago before falling in the area tournament. This is the Eagles are hoping to win them both.

“I tell the girls all the time (that) the other games are what gets us ready for area play,” Lowery said. “Area games are the most important games that we play and have to win. For us to be successful, we have to control the boards. We have to do a better job of rebounding offensively and defensively. I feel like if we can control the boards and minimize the turnovers, especially when we play Central, I look for us to be very competitive and be able to compete for an area championship.”