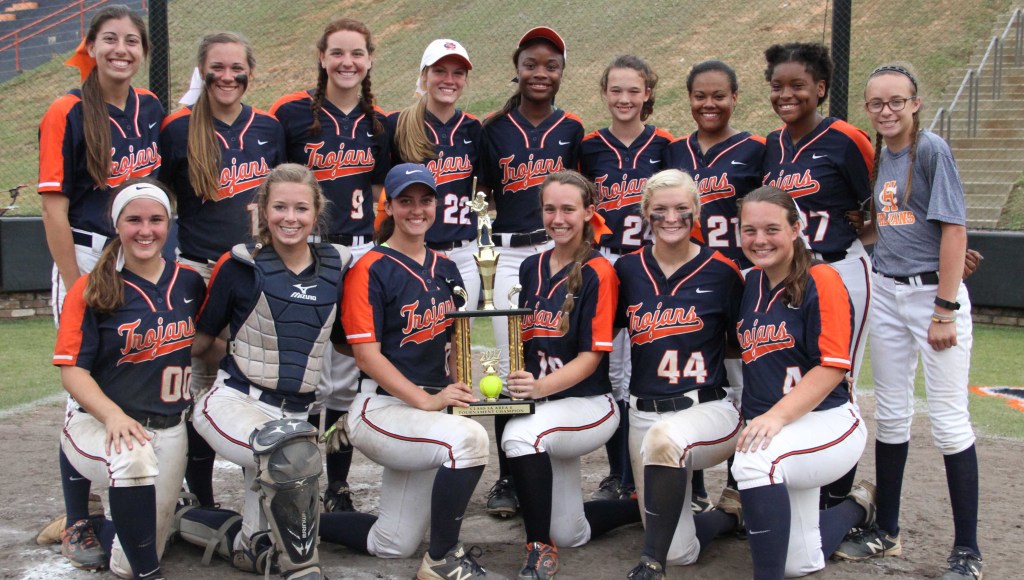 The 2017 baseball softball season provided thrills and plenty of excitment.

The 2017 softball season in Pike County included a local team winning its first area championship in recent memory and several other exciting moments.

The Charles Henderson Trojans under Robin Snyder have been contenders in years past, but in 2017 they won their first area championship in many seasons.

“We know it’s been 10-15 years since we’ve hosted or won the area tournament, so it’s big for our program to be able to do that,” Snyder said after winning the tournament. “It’s big for our girls and future girls coming along behind them as well.”

Their success landed them in a spot n the South Regional Tournament in Gulf Shores.

After starting the tournament 1-1 with a win against Citronelle and a loss to Eufuala, the Trojans had their season come to an end when they fell to Jackson 3-1.

Off the field, Lindsey Fox signed a scholarship to play softball at Lurleen B. Wallace Community College in Andalusia. She also had success off the field when she was awarded the “Tip” Colley Scholarship.

The Pike Patriots entered year two under head coach Robert Rollan and for the second consecutive year ended their season in Montgomery.

After a slow start to the season, the Patriots rallied to finish with a 17-20 record. The Patriots knocked off Fort Dale in the opening round of the state playoffs, allowing them to advance to the regional tournament in Troy. After finishing in second place, the Patriots advanced to play at Lagoon Park in Montgomery.

The Patriots dropped game one 7-3 to Lee-Scott before having their season come to a close with an 8-6 loss to Hooper despite the Patriots hitting three home runs including two by Morgan Bundy.

The Eagles had perhaps had the most turnover on their roster coming off the 2016 season. The Eagles lost key players including Kati Thomas and Lexi Ellisor, but still found success in 2017.

The Eagles got off to a slow start, but rebounded to win the games that mattered the most to win the area championship. They knocked off Luverne in two straight games 17-1 and 13-1.

Like the Patriots, the Eagles played their regional tournament in Troy. After dropping their first game of the tournament to Ariton, the Eagles got back on track with a 10-0 win over Billingsley and 6-4 win over Reeltown.

The Eagles once again went up against Ariton and again fell to the Purple Cats, ending their season.

The Pike County Lady Bulldogs were filled with young and inexperienced players in 2017. Under head coach Fawn Sims, the Bulldogs entered the season with an eye on taking a step forward as a program.

Sims and the Bulldogs finished the season in the area tournament and Sims believes her team took a step in the right direction.

“We knew we were going to have our challenges before the season,” Sims said. “Nothing was a huge surprise to us. In a lot of the games we lost this year, it was us beating ourselves. As the season went along we did some growing, but we have a lot of work to do.”