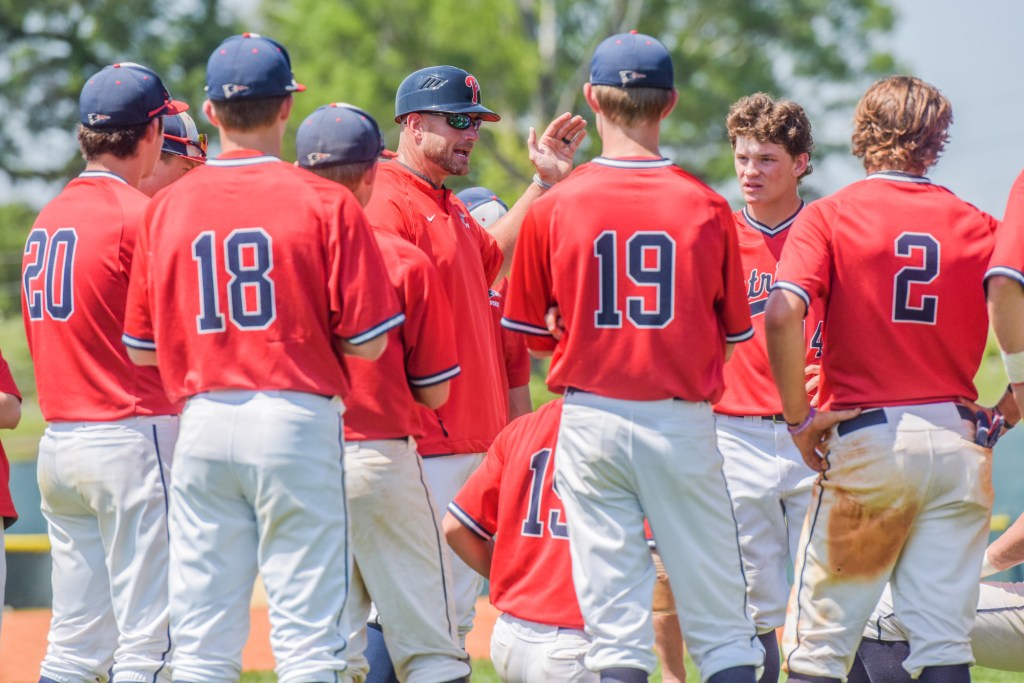 The 2017 baseball season brought a lot of success for teams in Pike County. Top: Patriots head coach Allen Ponder talks with his team during the state championship.

The 2017 baseball season was marked with change and success. Three new teams welcomed in new coaches and the Pike Patriots finished their season in Montgomery in the championship series in February.

The Patriots of Pike Liberal Arts paced the success of the local teams in 2017. They finished the season with a 29-9 record and advanced all the way to the championship series against Glenwood at Montgomery’s Paterson Field.

“This group has been such a pleasure to coach,” said head coach Allen Ponder following the season. “They battled through adversity all season long. We have a relatively young team; we had a group of sophomores that stepped up and did a great job. We had a great group of seniors that helped lead those guys.

The Patriots earned themselves a bye in the first round of the playoffs after they claimed the region championship.

On their way to Montgomery’s series, the Trojans swept both Lee-Scott and Morgan Academy. The Patriots took game one of the best two-out-of-three series, before dropping the final two games, giving the Gators their 22nd state title.

“I have to give Glenwood all the credit,” Ponder said after the championship. “Glenwood has been known all year for putting pressure on the defense; they make you make plays.”

During the season, Hunter Jones signed a scholarship to play baseball at Central Alabama Community College.

“It was tough on the players,” Shannon said. “People in the community start talking and wondering ‘Who did they hire?’ It was hard for me to keep saying ‘We will be fine.’ The hard part was keeping the kids believing that what were doing was right.”

The Trojans made easy work of their opponents in the first two rounds. They knocked out Dallas County in two games, while outscoring them 52-5.

The Goshen Eagles under head coach Robby Kinsaul, the Eagles closed out the season with a 14-9 record and a 2-2 area record. The Eagles finished behind Luverne in the area standings. They were forced to travel to play J.U. Blakesher in the opening round of the state playoffs. The Eagles struggled to score runs and they were defeated in two straight games 17-2 and 16-0 to end their season.

“We have a lot to look forward to next year,” Kinsaul said. We will have a big senior class.”

Cory Peterson was named to the all-star game after finishing the season with a .456 batting average.

Pike County finished the season with a 5-20 record after they picked up wins against Zion Chapel and Abbeville.