Worth the wait: After a lengthy wait, Eagles head into holiday break with a perfect 5-0 record 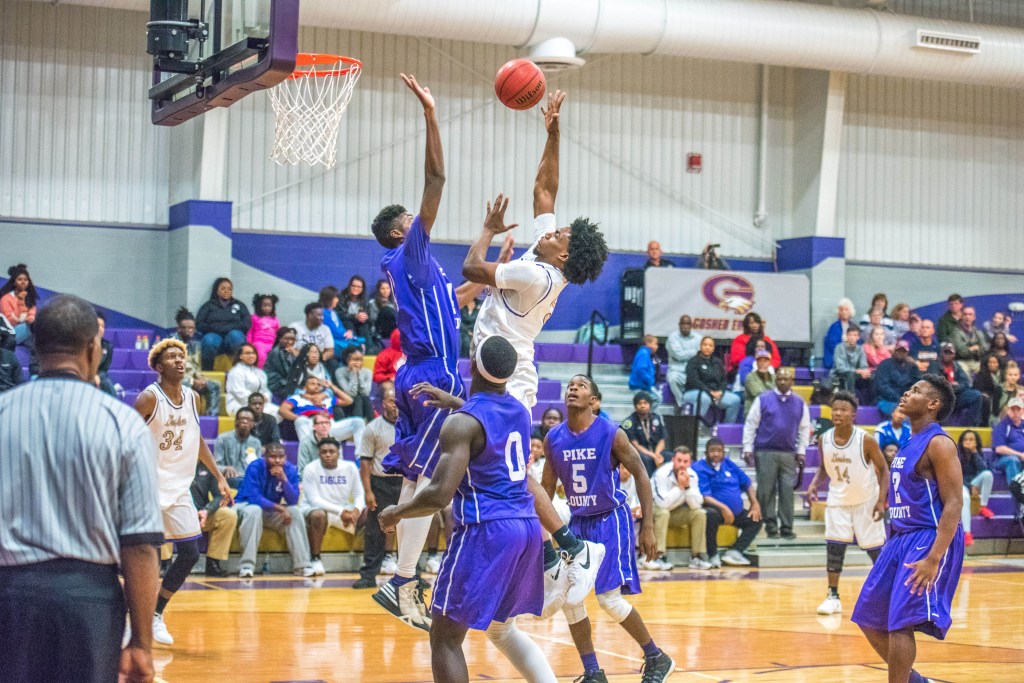 The Goshen Eagles finished the month of December with a 5-0 record and their second straight championship in the Brantley tournament. They will return to action on January 4 against Ariton.

The Goshen Eagles boy’s basketball team got off to a later start than most teams this season. The Eagles have made it worth the wait with a 5-0 start.

Last weekend, the Eagles took home their second straight championship in the Brantley Holiday Tournament by knocking off the host Bulldogs.

“It felt good,” said head coach Ethan Carroll. “It was the second year that we have won it. I’m really proud of the boys. We had some kids that were out of town on vacation or taking the ACT.  A lot of people got quality minutes. Overall, I was proud of them. We hadn’t had a lot of practice time and they stepped up and played.”

Thanks in large part to the success of the Eagles football team; the Eagles had played just two games heading into the tournament. They picked up wins against Highland Home and rival Pike County. Last weekend’s tournament gave the Eagles the opportunity to get into basketball shape heading into 2018.

“We kind of limped into the tournament,” Carroll said. “The coaching staff decided that we are not going to try and do too much in the tournament. We are going to run what we run. We felt like we had enough depth to compete. It was fun and exciting and I am proud of the guys.”

The Eagles will take the holiday season off before returning to the court for game action on January 4 against Ariton.

“We are going to give them a little time off,” Carroll said. “We have done a lot more practicing this week which has been a blessing because we haven’ been able to practice that much. We are hoping the wins in December will carry over so we can come out ready to rock and roll in January.”

The next couple of weeks will also give the Eagles the chance to let some nagging injuries heal up. Zach Alford has been out of the lineup lately with an injury.

“He is getting better everyday,” Carroll said. “We are still rehabbing him pretty well. He is taking care of his body. He is still going to get some limited minutes to start off. Hopefully by the time area comes around he will be ready to go.”

The challenge for coach Carroll is getting his players up to speed and in shape before area play begins.

“It’s going to be something new for us,” Carroll said. “We are used to playing some ball games, usually about 12 to 15, before we start area play. We know this area is very tough and very competitive. We are hoping we can practice and we are really relying on being more experienced this year as seniors. Hopefully that experience and winning the area last year will play a pretty big factor on us competing without a lot of games under our belt.”

Carroll likes the work ethic from his team, but would like to see his team improve their shooting as well as doing the little things.

“They have all bought it,” Carroll said. “It’s pretty easy for a team after a long football season to be a little burn out. From the first time we were in there, the kids worked really hard. We need to shoot the ball better. We need to make sure we are doing the little things from boxing out and sprinting back on defense.”