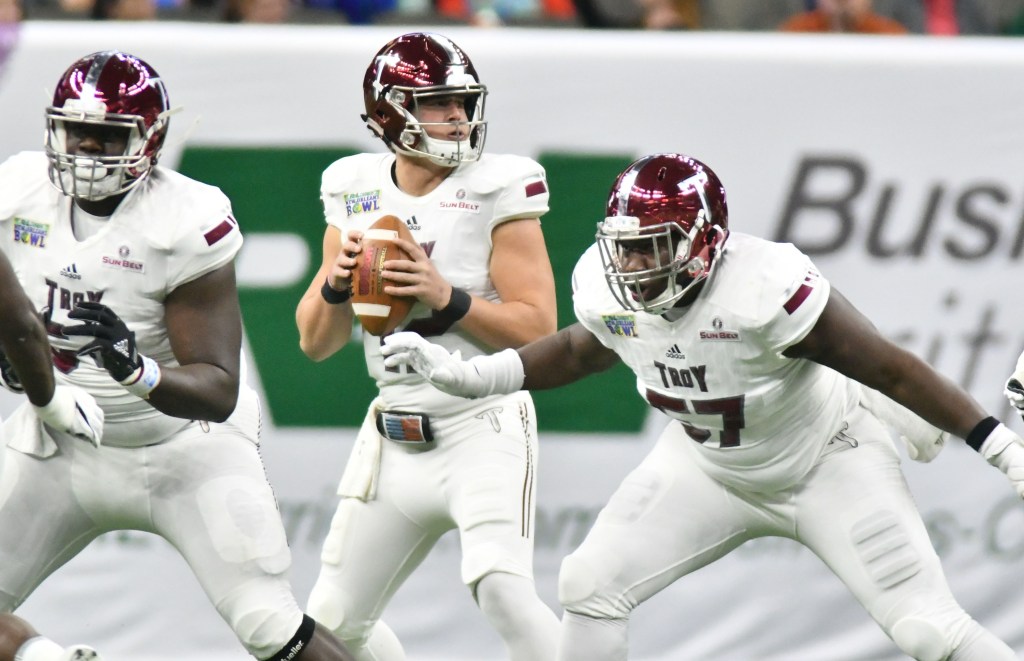 Troy quarterback Brandon Silvers finished off his career as a Trojan in fine fashion on Saturday afternoon when he was named the R&L Carriers New Orleans Bowl MVP after Troy knocked off North Texas 50-30.

Silvers completed 24 of his 31 passes for 306 yards and four touchdowns in Troy’s win over their formal rivals. In doing so, he became the fourth quarterback in New Orleans Bowl history to reach the 300-yard mark.

Silvers connected on his first 11 passes of the game, good enough for second all-time in New Orleans Bowl history.

“I really didn’t think about that,” Silvers said. “I just felt good starting off.”

“Any time you pass up Corey Robinson in anything, it’s a great deal for me,” Silvers said. “The past four years, I’ve had some great teammates around me, so credit to them too.”

“His touchdown numbers are down, but he played at an extremely high level this year,” said head coach Neal Brown. “I saw that and I think a national audience saw that. The NFL people are taking notice of that.”

Silvers was a 2016 All-Sun Belt Conference selection and a preseason all-conference selection leading into this year. When the regular season wrapped up, Silvers was an honorable mention behind quarterbacks Tyler Rogers of New Mexico State, Taylor Lamp of Appalachian State and Justice Hansen of Arkansas State.

“For him not to make an all-conference team is something I don’t understand,” Brown said. “He is as good a quarterback that has ever played at Troy University. He not only threw the ball extremely well this year, but he managed the game. I think that is a key point in any quarterback’s development. I am really proud of him.”