Next man up: With injuries mounting, Anderson and Willis lead Trojans to dominating win in New Orleans 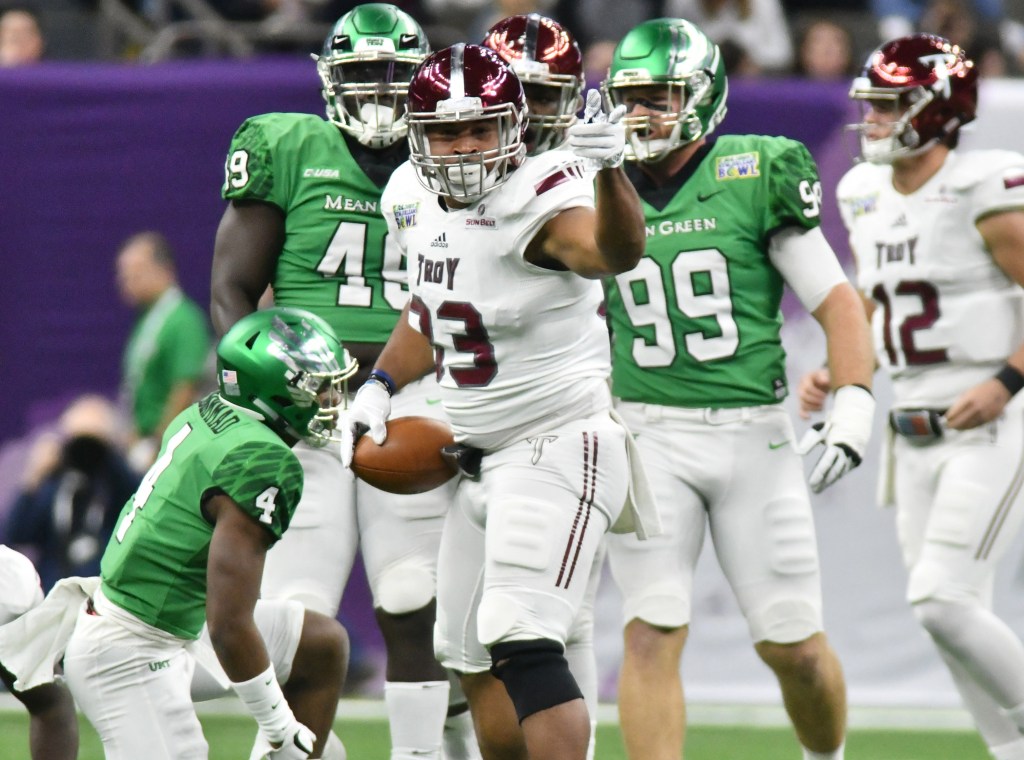 The 2017 R&L New Orleans Bowl has come and gone and with Troy’s 50-30 win over the Mean Green, the Trojans have finished with their best record in program history at 11-2.

The win for the Trojans gives them back-to-back bowl wins for the first time in program history. Their third win in New Orleans is good enough for second all-time behind Louisiana and Southern Mississippi, who each have four.

“It’s a great day not only for the football program, but for Troy University,” said head coach Neal Brown following the win. “There aren’t many programs doing that. We are very appreciative of our administration, our fans, our coaching staff and most of all, our players.”

Injuries were a topic of conversation leading up to kickoff. The Trojans arrived in New Orleans with six players being declared out including Blace Brown and Emmanuel Thompson. At kickoff, it was evident that senior running back Jordan Chunn was also going to be out with a leg injury. The number grew to eight on the opening kickoff when Deondre Douglas went down with an injury.

Despite the injuries, the Trojans were able to put up 50 points, their second highest total in 2017.

“For us to have the next-man-up mentality and go out and perform well and win is a really good feeling,” Brown said.

Two players in particular, senior running back Josh Anderson and junior Damion Willis embraced the next man up mentality.

The two players combined for 248 yards and four touchdowns.

Anderson, who took the snaps for Chunn, finished with his first 100-yard rushing game of his career with a total of 113 yards. He scored Troy’s first two touchdowns to give the Trojans the early 14-0 lead.

“I knew I wanted to get off to a good start, because Jordan was out. I wanted to be the next man up” Anderson said.

“As disappointed as I was for Jordan, I was excited for Josh,” Brown said. “He’s going to get a chance to play at the next level, just like Jordan is.”

Willis came into the game with 31 receptions for 485 yards. On Saturday the junior finished with 11 catches for 135 yards and had two touchdowns. Willis’ 11 catches tied a New Orleans Bowl record.

“Once I caught the first pass, I knew it was going to be a really good day,” Willis said. “Brandon throws the ball where only you can catch it.”

Silvers threw a lot of catchable balls on Saturday afternoon. In his last game, the senior quarterback completed 24 of his 31 passes for 305 yards and had four touchdown passes. Silvers completed his first 11 passes, good enough for second most in New Orleans Bowl history.

“He played at a high level,” Brown said. “For him to not make an all-conference team, I don’t understand. He’s as good a quarterback to ever play at Troy University. He not only threw the ball, he managed the game.”