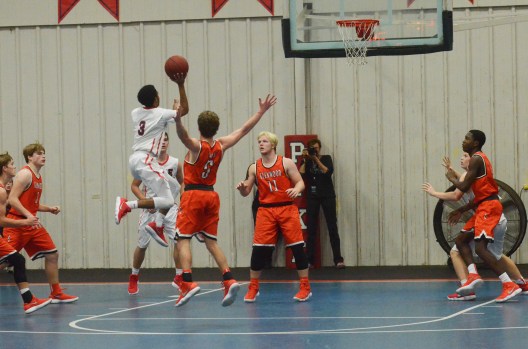 Photo/Mike Hensley Javon Christian goes up for a shot against Glenwood on Tuesday afternoon in Troy. Christian and the Patriots fell to Glenwood 59-57 in overtime. 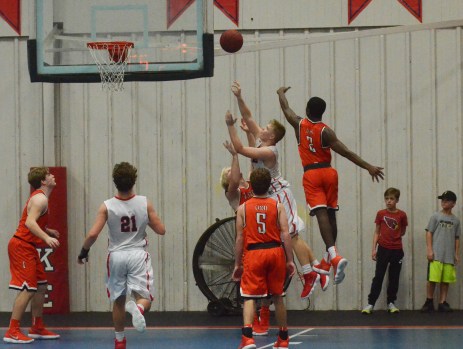 Photo/Mike Hensley Max Copeland goes up for a shot against Glenwood on Tuesday afternoon. 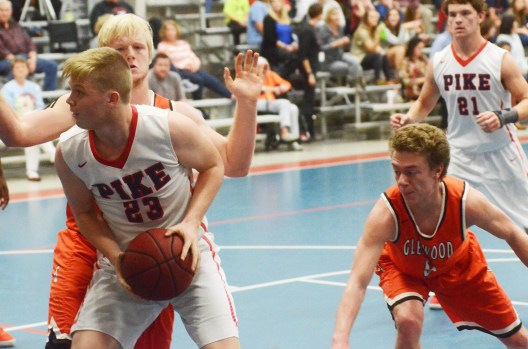 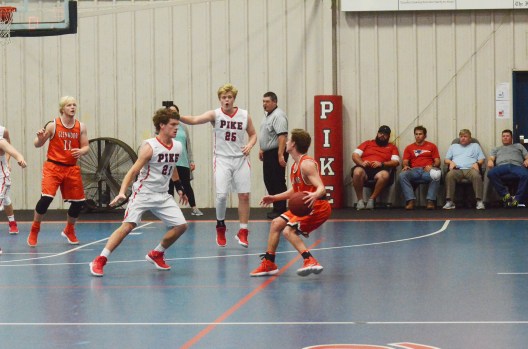 The Pike Patriots fell to Glenwood 59-57 in overtime on Tuesday afternoon. Above: Reed Jinright guards a Glenwood player. 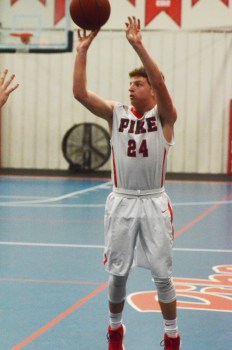 Photo/Mike Hensley Wood Jinright goes up or a three-point shot. 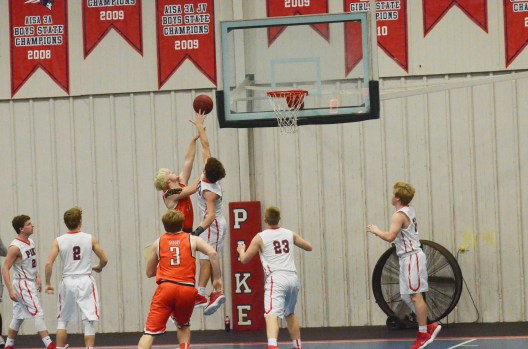 Photo/Mike Hensley Reed Jinright blocks a shot for the Patriots. 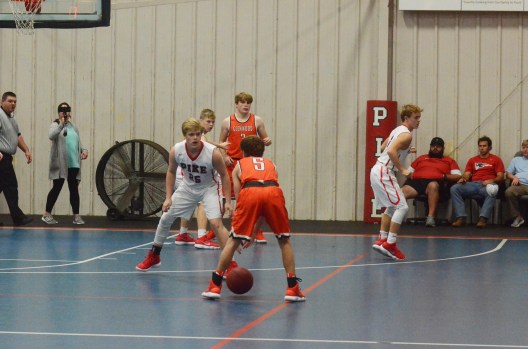 Photo/Mike Hensley the Patriots fell to Glenwood 59-57 on Tuesday afternoon.

The Pike Patriots led just once during their 59-57 overtime loss to Glenwood inside “The Oven” on Tuesday afternoon.

Ethan Green knocked down a three-pointer with 12 seconds remaining to give the Patriots a two-point lead. Glenwood answered with a bucket at the buzzer to send the game into overtime where the Gators outscored the Patriots 7-5.

“I am proud of the effort,” said Patriots head coach Allen Ponder. “That is a very good team in Glenwood. We came in here and fought. That is all you can ask for.”

Rebounding and transition defense proved to be a problem for the Patriots and that led to easy Gator points.

The Patriots kept things close in the opening quarter and went into the second trailing 16-10.

Reed Jinright scored six points in the second quarter and the Patriots shrunk their deficit to two and headed into halftime trailing 25-23.

Jinright finished the game with 12 points.

“Reed has played well for us all season long,” Ponder said. “We understand that we need him to be big if we are going to have an opportunity at the end of the season. He has played big for us all year long. That is something that we expect night in and night out and I am proud of his effort.”

The Gators jumped out to a 10-0 run to begin the second half and went up 35-23, which would be their biggest lead of the game.

The Patriots closed the quarter strong and went into the fourth down three at 40-37.

Green had five points in the fourth quarter including the three-point shot that sent the game into over time.

Green led the Patriots in scoring with 13 points, while Javon Christian had 12 and Wood Jinright had 8.

The Patriots will take the holidays off and be back in action on January 4 when they begin area play against Northside in Troy. The Junior varsity girls will begin play at 4 p.m.