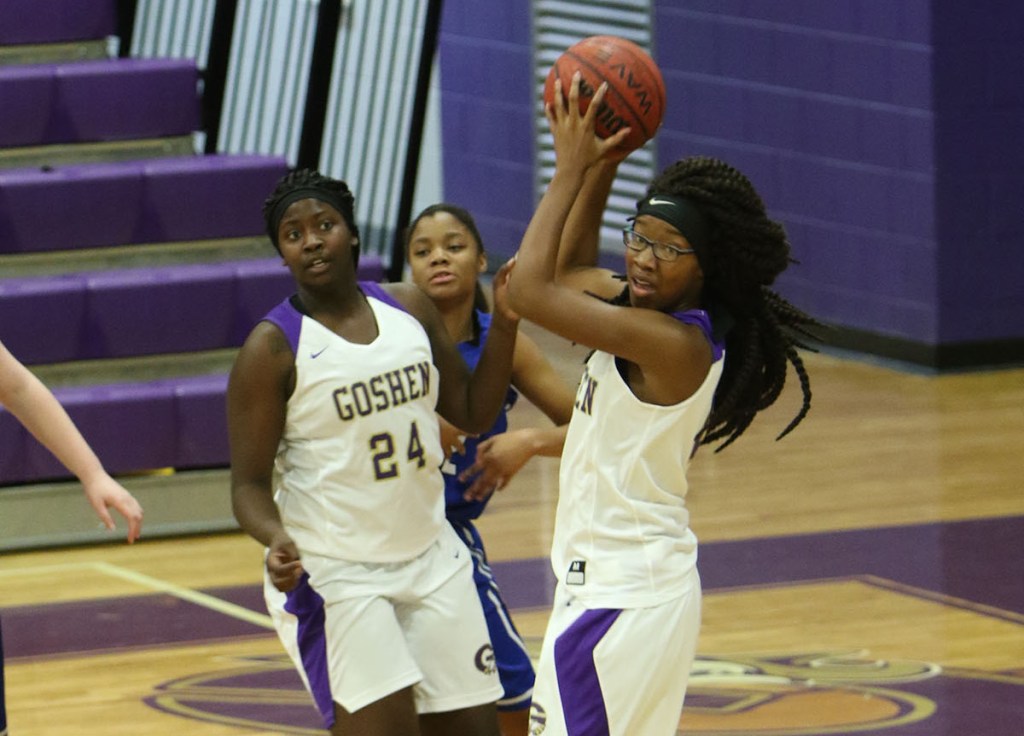 The Goshen Lady Eagles kicked off their 2017-2018 season in fine fashion with a comfortable 48-23 win over Highland Home on Monday night.

Like the varsity boys team, the Lady Eagles had to push back the start of their season due to the success of the Goshen football team. According to coach Fred Lowery, the team showed just a little bit of rust.

“It was our first game and we were a little rusty,” Lowery said. “It’s hard to simulate game action at practice. We try to scrimmage a little bit, but it’s not the real deal. All in all, it was a pretty good game.”

Although they were a little rusty, there were a few areas of the game that Lowery liked on their way to the comfortable win.

“I liked our communication,” Lowery said. “I liked the hustle and the effort. That was big. We didn’t shoot the ball well, but we had 48 points. I would say about 38 points came in the paint, which is great.”

Bree Griffin led the way for the Eagles, scoring 29 of the Goshen’s 48 points.

“They all looked good,” Lowery said. “We boxed out and we rebounded. We just have to play.
The Eagles outscored Highland Home in the first quarter 16-2. The Eagles increased their lead in the second and went into halftime leading 26-9.

The Eagles outscored Highland Home by three points in both the third and fourth quarter to close out the win.

The Eagles will get right back on the court this evening when they host rival Pike County.

“They will get up for that,” Lowery said. “That’s a rivalry game for us. It’s a big game and they don’t need a great deal of motivation to play that game. They will be motivated.”