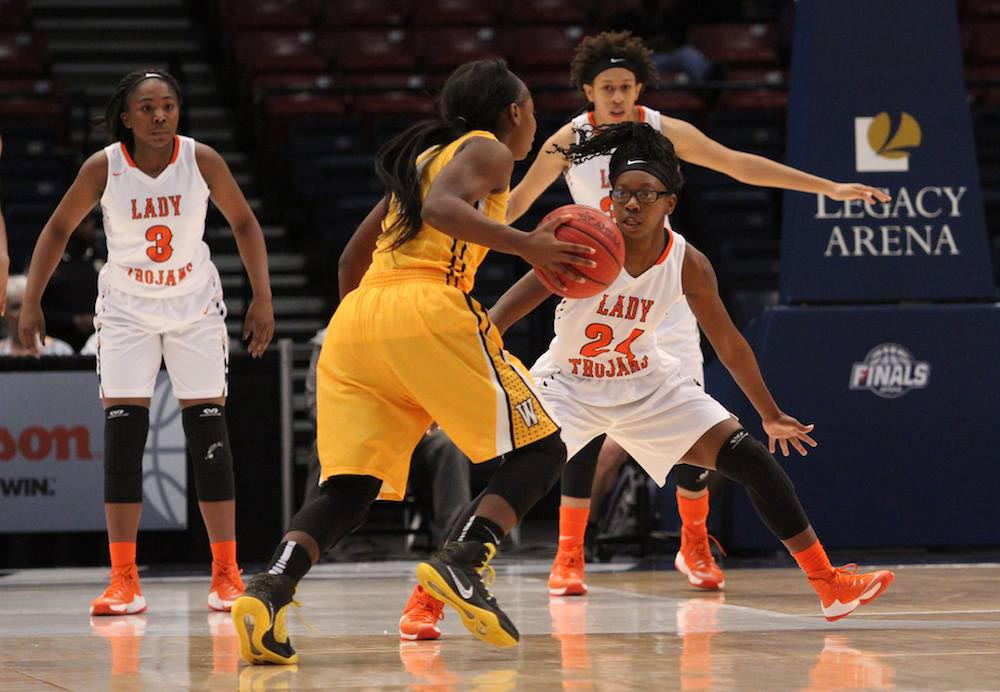 Photo/Dan Smith The Charles Henderson Lady Trojans finished in the Class 5A State Championship game last season. This season, they look to take the next step after beginning the year with a 6-0 record.

The Charles Henderson Lady Trojans have taken a step further in each of the last two state playoffs. There is only one more step left to take this season: winning the Class 5A state championship.

The Trojans came within inches of claiming the championship before falling to Wenonah.

“I always tell them that you never know how much other teams have improved,” said head coach Dyneshia Jones. “We have to continue to improve. Even though we have made it there, we have to remain humble and continue to get better and work on everything. The older they get, the more they need to know and learn.”

The Trojans have started 6-0 this season and once again the future looks bright for the Trojans.

“We started off in a tournament and of course we were a little nervous of how we were going to look,” Jones said. “I was very impressed with how they played.”

In the tournament they matched up with bigger schools including Phenix City. That has been a staple of Jones’ team during her tenure. They also played 7A Auburn last Friday night.

“It’s very important,” Jones said. “We aren’t going to accomplish anything playing smaller schools. Winning by a lot of points isn’t going to help us. It helps us prepare for the postseason playing in these types of tournaments.”

Despite the deep runs in the playoffs over the last two seasons, Jones is adamant about continuing to work on the little things in order to take the final step.

“We have to work on the basic fundamentals again,” Jones said. “Some people think that just because we are good, we can stop working on it. We are working and learning new shots. On defense, they have to get quicker. Their knowledge of basketball gets better as they get older.”

The Trojans’ core scorers are back this season. Sophomore Niaira Jones leads the Trojan backcourt while juniors Maori Davenport and Tatyana Siler run the frontcourt.

Even though Davenport and Jones may garner most of the visiting team’s attention, Siler has made an impact on both ends of the floor for the Trojans.

“She depends on both of them, but they depend on her also,” Jones said. “They pay attention to Maori at half court and Tatyana is probably already down there ready to get the ball. They consider her to be a sleeper player. It’s amazing; other coaches come to me and say they like her, that she is a sleeper player.”

Davenport and Siler are in year three for the Trojans and Jones is just a sophomore. Even though they are still young, they are starting to get attention at the collegiate level. Jones believes they can always get to another level.

“I want them to learn each other a lot better,” Jones said. “You can always get better at that. We have to continue to get better. There is always going to be another team working just as hard as us.”

The Trojans will be participating in the AL.com Ladies Classic beginning on December 20.

“It’s going to be fun,” Jones said. “You’re going to have teams that won or made it to the state championship. That is going to be a lot of fun. It’s what we need and I am looking forward to it.”