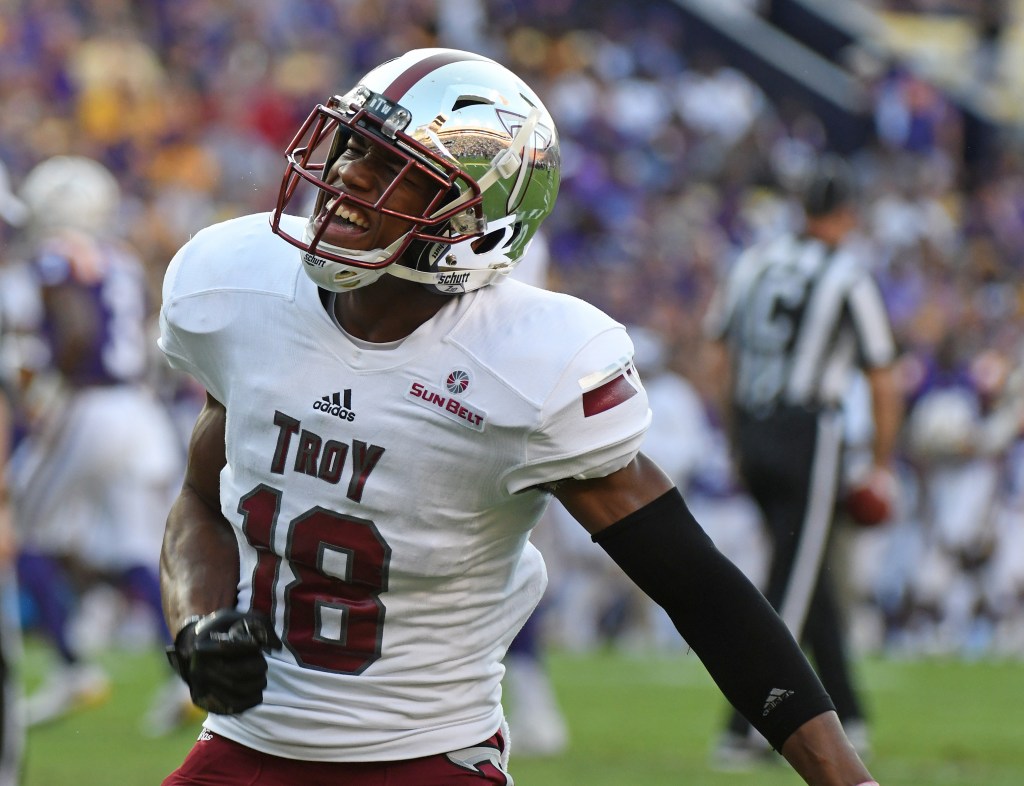 The Sun Belt Conference announced on Wednesday that Troy’s Neal Brown and Marcus Jones were named Coach of the year and Freshman of the Year, respectively. More news came out of New Orleans on Tuesday: 17 members of the Troy football team received 18 All-Sun Belt honors.

“Each and every one of our players on the all-conference team is very deserving of their recognition for their performances this season,” Brown said. “It is unfortunate that Brandon (Silvers) wasn’t recognized on one of the three all-conference teams. While there were a number of great quarterbacks in the league this year, it is my belief that he is one of the top quarterbacks in Sun Belt history. Brandon performed at a higher level this year than last year when he was named first-team All-Sun Belt.”

Reese leads Troy with 11.5 tackles for loss this season and he also has five sacks. Reese has had at least one tackle for loss in each of Troy’s final seven games.

Douglas had arguably the biggest reception of the year on Saturday night when he hauled in the game-winning touchdown against Arkansas State. He finished the regular season with 628 yards and four touchdowns.

As a linebacker, Folsom finished with 77 tackles and 9 tackles for loss. In his final year as a Trojan, Silvers completed nearly 63 percent of his passes for 2,985 yards and had 13 touchdowns.