Anxious times: Wilson closes out his career at Charles Henderson, looks toward the future 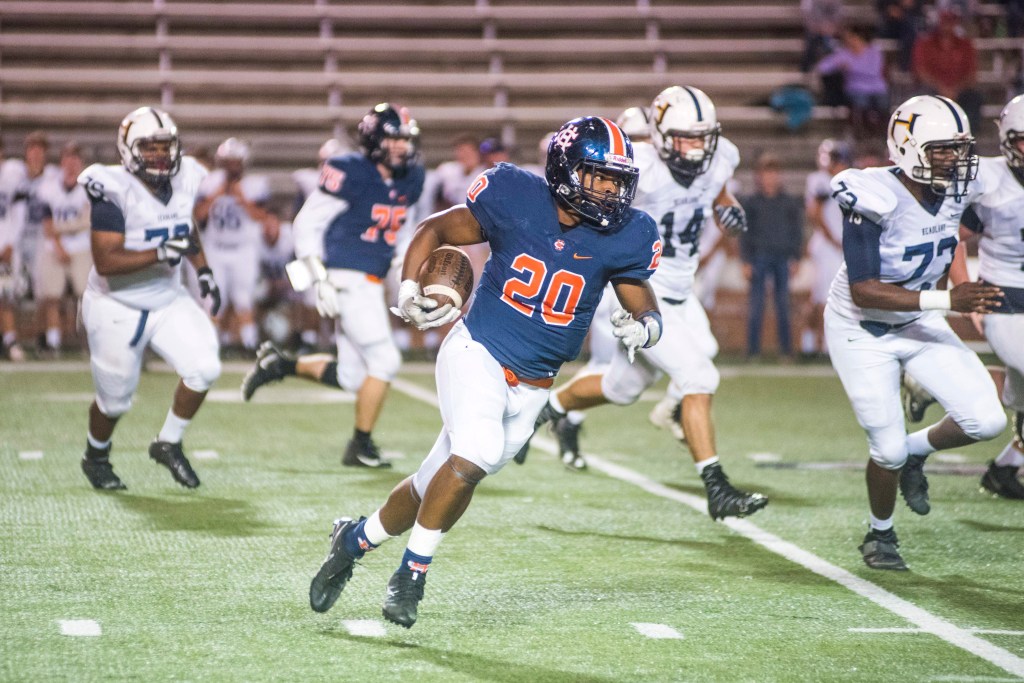 Jared Wilson (20) runs the ball for Charles Henderson against Headland. Wilson and the Trojans defeated Headland 45-12.

Even though the football season is over for Charles Henderson senior Jared Wilson, there is no time to be complacent with the February 7 signing day rapidly approaching.

Wilson has been a mainstay in the Trojan backfield since he was freshman. Four years later, Wilson is knocking on the door of a college scholarship.

“It’s been crazy,” Wilson said. “It went by fast. I didn’t expect it to go by so fast. I had a lot of fun. Since my freshman year I started at running back. It’s been fun playing Charles Henderson football and running the ball for coach (Brad) McCoy. He is a great coach.”

During his time playing football with the Trojans, Wilson said he learned to be a leader.

“They taught me a lot about teamwork,” Wilson said. “That will help me in the future. If I am working in a business, I can lead.”

Wilson has had no shortage of collegiate interest over the last couple of years. This week alone Wilson has had visits from Purdue and Western Carolina.

“It’s a lot of fun,” Wilson said. “I am not going to lie, I didn’t expect it to be like that. I have seven offers and I have couple schools that have been talking to me about taking a visit. They want to see me. I am weighing my options right now.”

The seven schools that have shown interest in the senior running back have been Southern Mississippi, UAB, Army, Navy, The Citadel and Morgan State.

When Wilson makes his decision it’s going to come down to more than who has the better football team.

“It’s going to mainly be about how I feel on my visits, if I feel like I am at home and when my mom comes will she like it,” Wilson said. “Being a winning team and a family is the big thing.”

Wilson has made stops at both UAB and Southern Mississippi, although neither one was an official visit.

There is still time before he has to make his decision, but the build-up to February 7 signing day will be a nervous one for Wilson and his family.

“I know it’s going to be fun that week because February 4 is my birthday,” Wilson said. “Signing Day is on the seventh. It’s going to be fun. I am a little nervous though because it’s a lifetime decision. I am ready for it.”

In the meantime, Wilson has plenty of family and friends in his ear to help give him advice.

“I have been getting a lot of (advice),” Wilson said. “I keep telling everybody to tune in.”