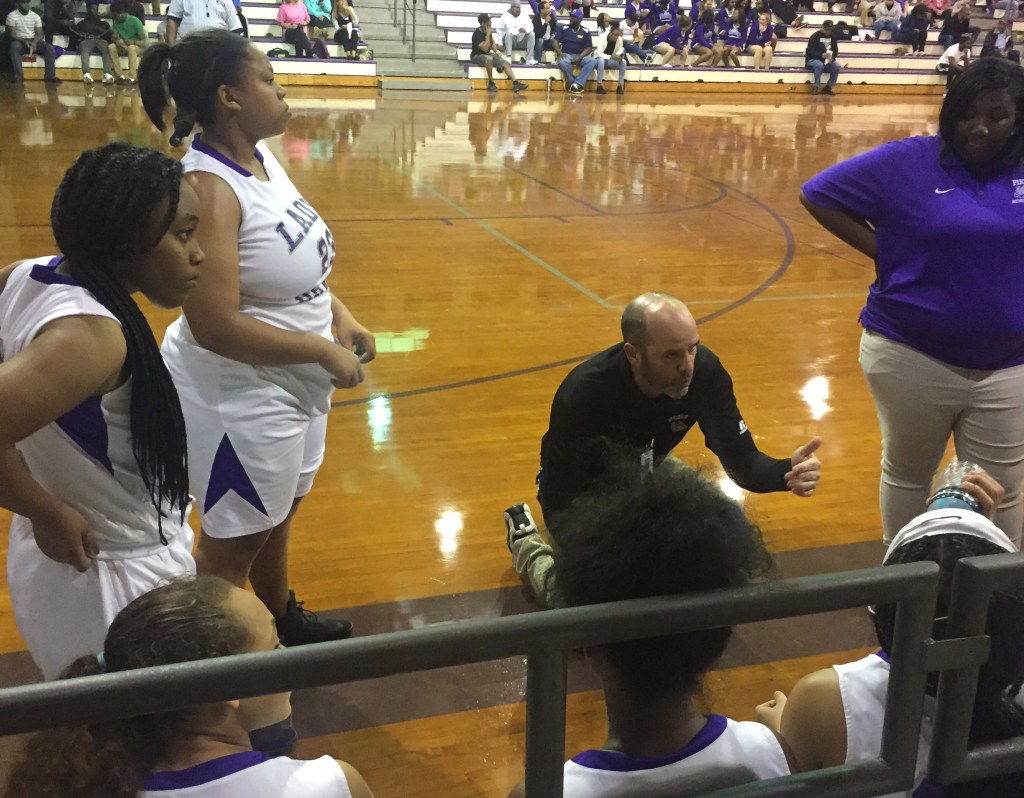 Lessons were learned by the Pike County Lady Bulldogs in their 62-31 loss against 5A Carroll in their home opener Tuesday night in Brundidge.

The loss for the Bulldogs drops their record on the season to 1-3.

“We are so young,” said head coach Todd Reynolds. “We are merging a lot of components together. Our aim point is January. We don’t have to beat Carroll to make the playoffs. We don’t have to beat Charles Henderson to make the playoffs. If we can draw some positives out of these games, winning would be great; but again, we are trying to get better as a team.”

In the second half, the Bulldogs began to settle down. Precious Vaznaian scored nine second-half points and they were able to hold the Eagles to nine points in the third quarter and 12 in the fourth.

“They both played hard,” Reynolds said. “Now the learning begins as far as when to shoot and not to shoot. It’s a nice challenge to have when the players you need shooting are shooting. Now I want to teach them what is a good shot and what’s not a good shot.”

The Bulldogs will take on their second consecutive 5A opponent when they host Pike County following the conclusion of the junior varsity boys game which begins at 5:30 p.m.

“I want to see my post begin to show up,” Reynolds said. “I want to see some offensive boards and us bodying up because that is how you get balance. If you are just a two-man machine, they are just going to triple-team your guard and they get a one-and-done and that is what happened today.”