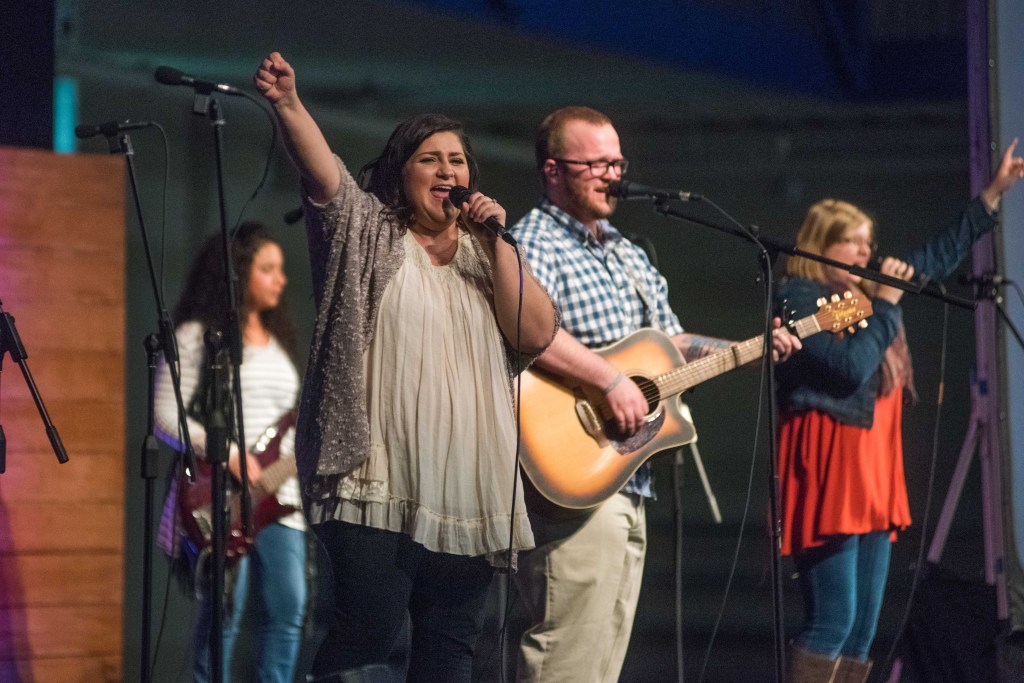 More than 30 churches were represented at the Troy Recreation Center on Thursday evening for first annual CommUNITY Thanksgiving Service.

Representatives of churches from Troy First Baptist to First Independent Church came together for a service that featured worship songs from the Vine Church Choir and performances by the First Baptist Church Troy Choir, Brother Bart Culpepper and Antioch Baptist Church.

“There have been a group of pastors from across ethnicities talking about where we are as a country,” said First Baptist Troy Pastor the Rev. Luke Lane. “This August we had community series of four services on Monday nights. We had 21 or 22 churches and we asked them to give us suggestions. We asked them what was the next step so we can achieve this pursuit of unity.”

Unity was the ultimate goal and theme of the night and throughout the staging process the initial reaction by the churches involved was overwhelming.

“We would like to continue to have services like this,” Lane said. “Also at some point have people from different churches meet together on their own without us having to schedule – even have supper clubs at people’s homes just so we can get to know each other. In this day of time, we need that more than ever.”

The Thanksgiving message was given by the Rev. Darryl Caldwell, pastor of Antioch Missionary Baptist Church.

Caldwell has been preaching since he was 22 years old. He has been the preacher at Antioch Missionary Baptist since 2013. He is also the owner of C&H Auto Sales and serves on the Pike Economic Development Board.

“He is very giving,” said Sheila Deveridge, program organizer the Director of the Troy Nutrition Center. “He has given out college scholarships and has given out donations to different churches and organizations. He is a dynamic speaker. If anyone could bring everybody together for Christ, he can.”