On a roll: Trojans take three game winning steak into round one of the playoffs against Clay Central 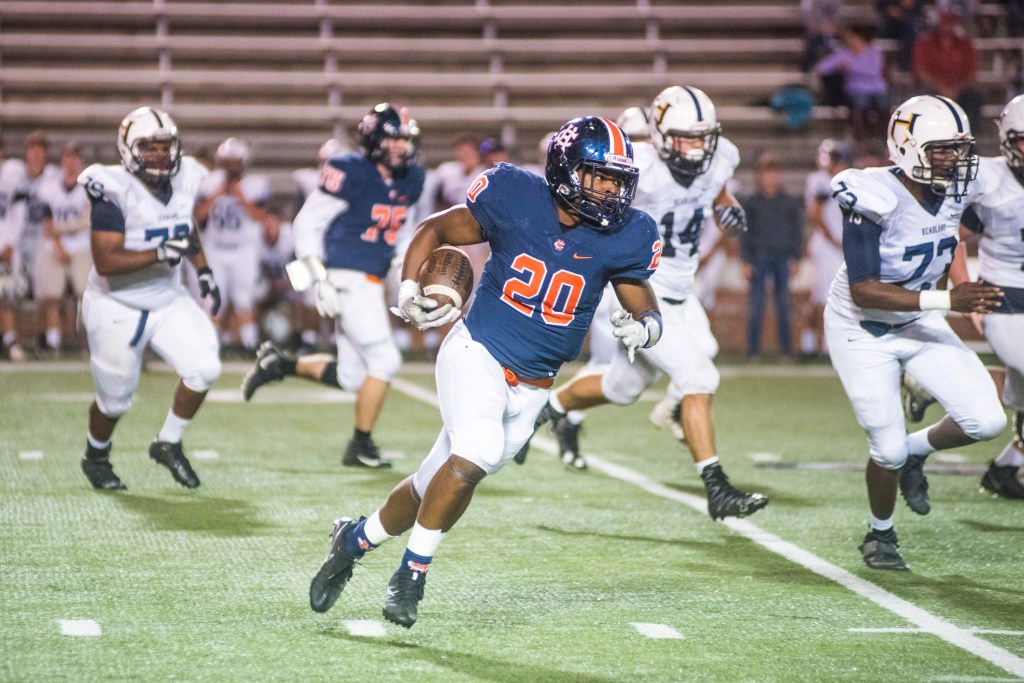 The Charles Henderson Trojans closed out the regular season with three consecutive wins. Now they turn their sights to the postseason and an opening round showdown against Clay Central.

The Trojans (6-4, 4-2) have spent the majority of their time this season practicing in the morning. With temperatures falling, they have begun practicing under the lights in the evenings.

“We have used our mornings for video time and weights,” said head coach Brad McCoy. “The kids are excited. It’s the playoffs; the regular season is over. You take the good and the bad. In our last three weeks we have come away with three wins. I think our kids are ready to roll.”

The Trojans closed out the regular season by picking up their third straight win in a close14-7 victory. The players have carried over the excitement from that game to this week’s practices.

“There was a lot of energy in practice,” McCoy said. “I think we corrected the few mistakes we made. Defensively, we had another great night. Offensively, we were able to put together two big series where we came away with 14 points.”

The Trojans entered this year with some quiet expectations this season. Along with a competitive region schedule, the Trojans put those expectations against a tough schedule that featured UMS-Wright, Stanhope Elmore, Carroll and Greenville. The Trojans went 1-3 in those games.

The Trojans will have to travel two-and-a-half hours straight north tomorrow afternoon. Even though they are going to treat it mostly like any other trip, they will make some adjustments.

“We are going to charter this trip,” McCoy said. “It should be a comfortable ride. We have had to change up a few things. We are out of school, so our game day will change. We are going to leave a little earlier and stop in Alexander City for our pregame meal. They have beautiful facilities and great set up.”

The Volunteers come into the game as a two-seed after finishing the regular season 7-3 overall and 5-1 in Region 4 play. Like the Trojans, the Volunteers have won their last three games and four of their last five.

“They are just a solid football team,” McCoy said. “They are really good offensively running the football. They have three talented running backs and the quarterback is the best we have seen this season. He can throw the ball down the field. They stretch the field, they can run lateral and they can run up the middle. They have basically lined up in 35 different formations this year.”

On the defensive side of the ball, the Volunteers have surrendered just 16 points per game.

“They line up in a 3-4 front,” McCoy said. “They have three really sound defensive lineman. A couple of them already have Division-1 offers. They have some really good linebackers that run to the football well.”

The Trojans and Volunteers have met just twice over the years with the Trojans winning both of them, including a 34-7 win in 2013.