Troy 10U team overcomes obstacles on their way to state 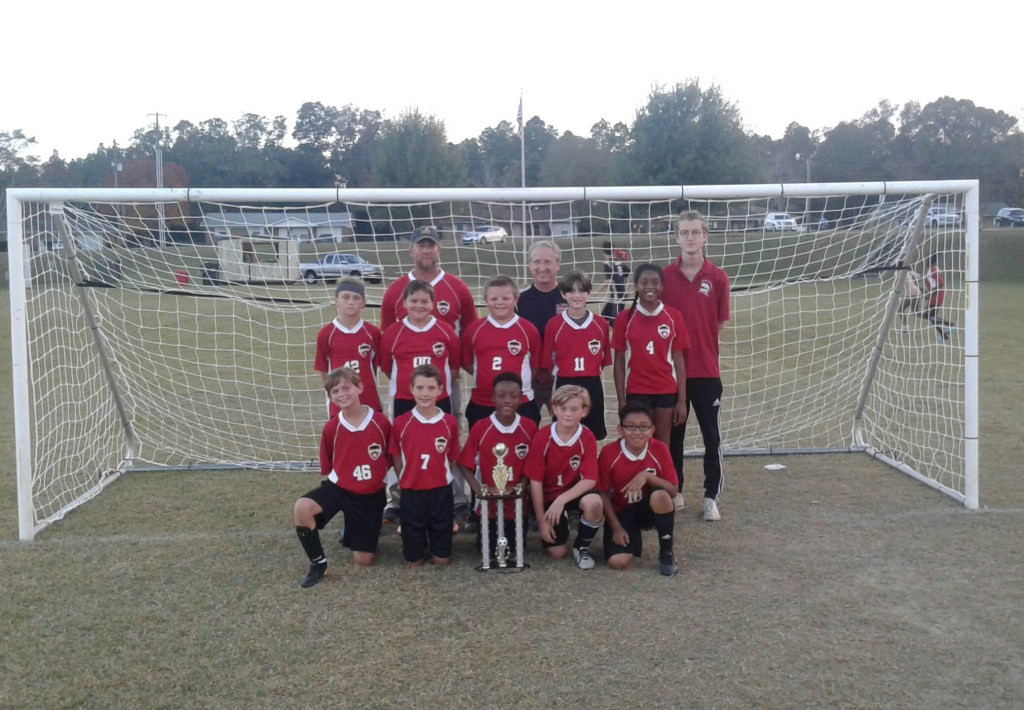 The Troy 10U soccer team advanced to the state tournament on Saturday after a strong showing at districts in Ozark.

Troy will begin play in Dothan on November 18 and continue throughout November 19.

“We went into this tournament with no expectations,” said coach Doug McLendon. “It’s very exciting.”

Troy had two weeks to prepare after the conclusion of the regular season. In that time frame, they have had to learn to gel as a team.

“We had to gel as a singular team with players from six different teams,” McLendon said. “The challenge was putting together a team that develops chemistry. We had to figure out how to use the players that we have.”

Troy also had to adjust to the numerous rule changes by the Alabama Recreation and Parks Association (ARPA).

In this year’s format, the tournaments consist of 7-on-7 play on a field that is both shorter and narrower. Troy has also had to get accustomed to playing with a smaller ball.

“We played our league this year 10-on-10 because that was the closest approximation we could do,” McLendon said. “We had to come down from a size five ball to a size four ball. The challenge was trying to get the kids ready for that.”

Even with all the hurdles, the players have gelled and that led to success in Ozark.

“Luckily we have versatile players,” McLendon said. “That age group takes direction well. They try to do what you tell them to do. That worked out for me. We have some really good offensive players, but we had to take some of them and make them defenders and so far so good.”