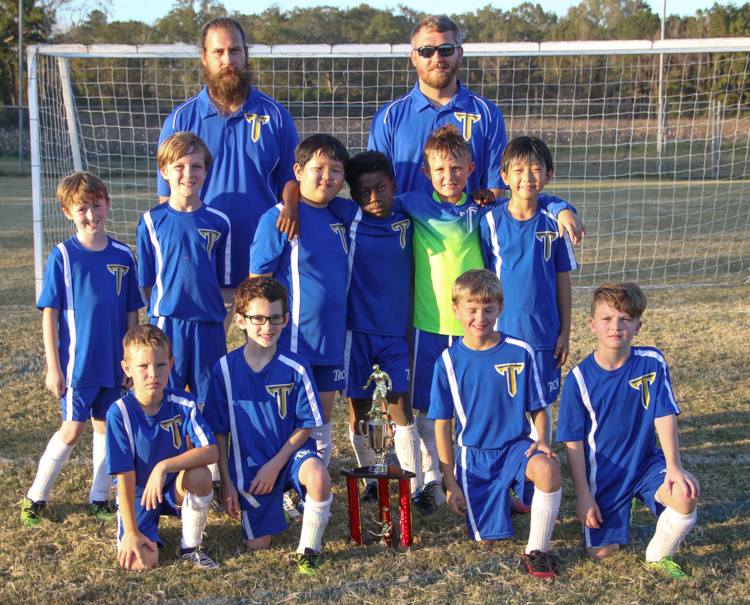 The Troy 8U soccer team will advance to the state tournament after finishing in second place at the district tournament in Eufaula Saturday.

Troy will head to Dothan to play in the state tournament in two weeks.

“It’s exciting,” said head coach Andrew Davis. “A lot of hard work went into it and they played hard.”

According to Davis, Saturday’s second-place ensured Troy’s first ever visit to a state tournament.

The regular season at the Troy Sportsplex wrapped up just over two weeks ago, leaving Anderson and his players little time to gel as a team heading into the weekend.

“It was a little short when it came to getting ready for all-stars,” Davis said. “I have been learning a lot of different things when it comes to the difference between rec. ball and all-stars.”

“They are a fun group to coach,” Davis said. “All of them do exactly what I ask. They come out here and play hard. For me not knowing much about soccer, we are learning about soccer together. It’s been a big privilege.”

The goal for the 8U team is to win a state title, but for Davis and the players, it’s all about the experience.

“It’s fun being able to represent Troy as all-stars,” Davis said. “It shows that Troy’s Recreation Department is one of the best in the state.”

With a little less than two weeks before the tournament, the team will focus on improving one key area of their game.

“Passing is a key thing,” Davis said. “I noticed that most of the teams pass really well. That is going to be the key heading to state.”