Back at it: After NCAA Tournament appearance, Trojans look to carry over success into 2017 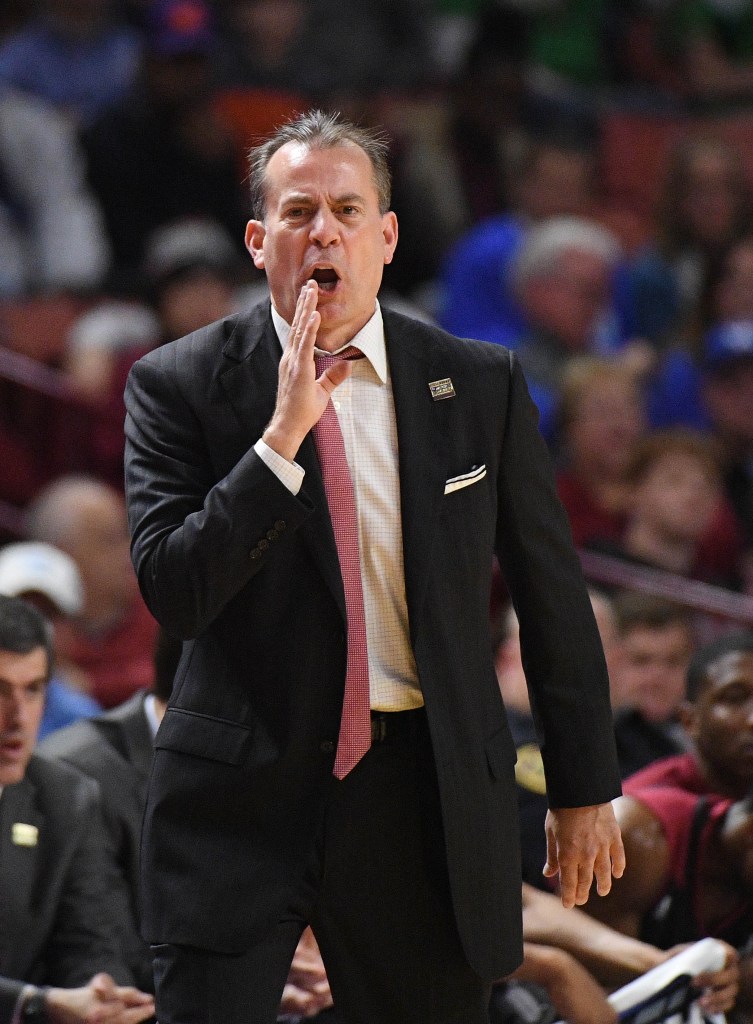 With the calendar flipping to November, attention begins to shift to college basketball and the Troy Trojans hope to continue last season’s hot streak.

The Trojans will take part in an exhibition game this evening against Georgia Southwestern State.

Going into the 2016-2017 season, few could have predicted Troy’s run to a Sun Belt Conference championship and a berth in the NCAA Tournament for just the second time in the program’s history.

In the season prior, the Trojans finished with a  record of 9-22 and 4-16 in the conference.

The Trojans finished non-conference play with a 9-6 record last season and had a conference record of 8-8 as they entered their final week of the regular season. From then on, Troy caught fire.

They won their final two regular season games and carried that momentum all the way to a conference championship and a first-round matchup in the NCAA Tournament against Duke.

“We were pretty good all year long,” said head coach Phil Cunningham. “We had some narrow misses early. I thought that down the stretch, us and UT-Arlington were the best teams in the league and we went on to win the tournament.”

Every season, Cunningham and the Trojans look to build a solid postseason resume by ratcheting up the level of competition in non-conference play, and this season is no different.

The Trojans officially tip off the season on November 10 in Honolulu against North Dakota in the Rainbow Classic. The highlight of the schedule comes on November 20, when the Trojans take a trip to Rupp Arena to take on Kentucky. Delaware State and UAB highlight the home non-conference schedule.

“Our schedule from the jump is challenging,” Cunningham said. “North Dakota, who won the Northern Sky, was in the NCAA Tournament last year. We will bat Hawaii in the third game. We come back against Kentucky and East Tennessee state. Our schedule is kind of high-risk, high-reward. There is a flip side to that as we all know.”

The Trojans welcome back four seniors this season and four starters led by Wesley Person, who could become the school’s all-time leading scorer and Jordon Varnado, who was just named to the preseason all-conference team.

“We got some key pieces in place,” Cunningham said. “We just have to develop some of the younger guys. We did lose three valuable guys in areas that you don’t see.”

“There are three guys that are really competing for that starting position,” Cunningham said. “Shawn Hopkins, who started as a freshman, played some last year. Darian Adams is a very talented player. He can do a little bit of everything. He can shoot it and he is one of the best passers on the team. He just has to continue to improve his conditioning.

“BJ miller is a guy that is a jack of all trades. He has been around for a while. He is not as big as those guys, but he really knows what he wants to do.”

Freshmen Javan Johnson and Malik Burnett are sure to get some playing time in year one as well.

“Juan is one of the players that are steady, consistent and you don’t have to worry about if he is ready for practice today,” Cunningham said. “He is going to check all the boxes on doing what’s right. He is poised to have a really good year. Kevin Baker is a guy that could step up and fill a void that Jeremy Hollimon gave us.”

On Tuesday, Troy was picked to finish third in the competitive Sun Belt Conference.

“Last year, if you look at the numbers, we were the thirteenth ranked conference in RPI,” Cunningham said. “The Sun Belt All-Conference Team had 15 members last year. 11 out of those 15 are back. So that tells you that not only do we have Jordon Varnado, a first-teamer, and Wesley Person, but across the board everyone has guys back. It’s going to be a dog fight every night.”

Troy will begin conference play on December 29 at home against Georgia Southern.