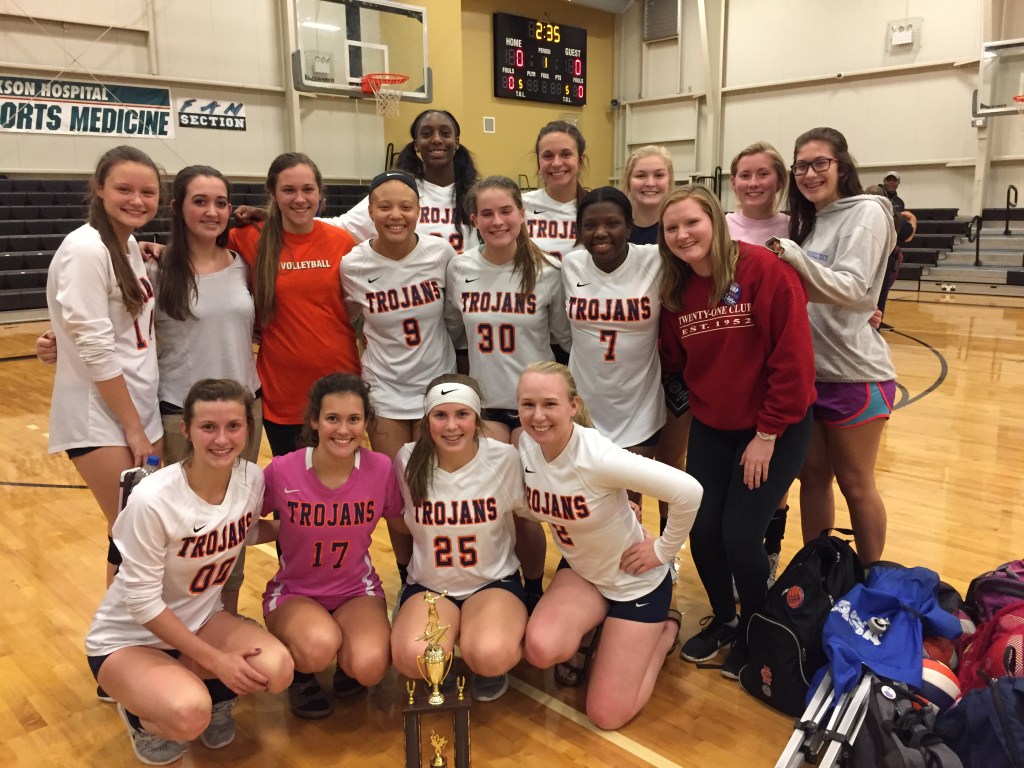 The Charles Henderson Lady Trojans volleyball team secured a spot in Friday’s regional tournament after finishing second in the Class 5A Area 4 Tournament on Monday.

The Trojans will participate in the regional tournament at the Crampton Bowl in Montgomery beginning at 10:15 a.m.

“It was a goal of ours to get out of the area tournament,” said head coach Sonny Kirkpatrick. “We competed really well against a really good Brew Tech team. We started out a little slow, but once we started competing the way we have been playing in practice, good things started to happen. They saw the benefit of our hard work. Brew Tech is going to do really well in the regional.

“I am excited for our matchup if we play who I think we are going to play – I think we match up well with them.”

Against Greenville, Shamira Moore had 11 kills, while Abigail Salmon had 9. In game two against Brew Tech, Salmon finished with 7 kills, while Moore had 5 with a service ace.

For their efforts on Tuesday, both Salmon and Moore were both named to the All-Area Tournament team.

The Trojans made strides this year under their new coach and Kirkpatrick couldn’t be happier.

“We have some stuff to clean up before Friday, but I am proud of our team and what they accomplished,” Kirkpatrick said. “We have come so far this year throwing in the situations, tactics and offensive and defensive systems. When we stay within our structure, it’s a lot of fun to watch. That’s the thing that excites me the most. We have to continue to get better and clean up our stuff.”