Trojan receivers take a positive step in win over Panthers 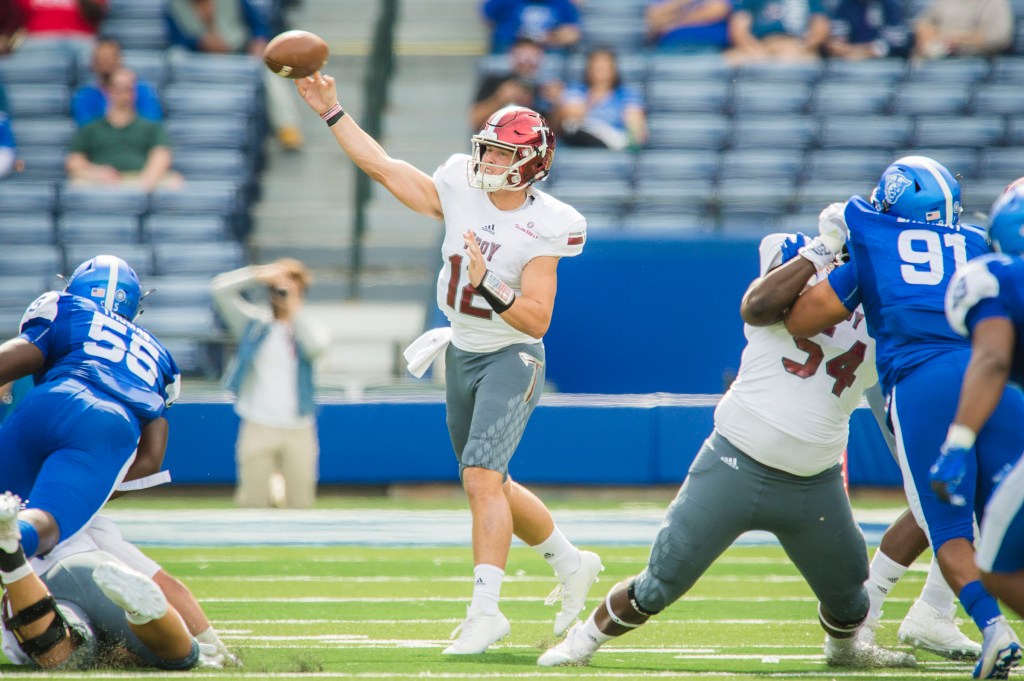 After a slow start to the season, the Troy receivers took a step in a positive direction during a 34-10 win over Georgia State on Saturday.

The Trojans responded to his questions with 335 yards and a pair of touchdowns.

“Still not where they can be or I want them to be, but they played better,” Brown said. “That’s the position I played so I’m probably harder on those guys than anybody else. I do think we have a lot of potential at that position that we haven’t played up to so far. They tried to do what we were coaching them to do at a higher rate. We went and made competitive plays.”

The Trojans had nine different players haul in a pass on Saturday led by Jamiarius Henderson’s five. Damion Willis and Tevaris McCormick had four catches, while Tray Eafford and Deondre Douglas had four.

“Some weeks, the ball finds more guys than others,” said offensive coordinator Kenny Edenfield. “We went into the game trying to distribute the ball. Certain plays for certain guys because they may be a little better at it. But that’s how we do it this week.”

Eafford and Saleem each got meaningful playing time after not being featured as much during the season’s first six games.

Silvers, whose touchdown number were down so far this season, threw two against the Panthers.

“I thought Brandon did better in the pocket,” Brown said. “He was more accurate and then we caught the ball better too. We still had three drops which I would like to eliminate those. I thought as a group we played better at the receiving core. As a passing game as a whole I thought we played better, but I think we can take that to a higher level.”

Early in the game, with the Trojans already down 3-0 and facing their second straight three and out to start the game, Silvers connected with John Johnson on a 49-yard pass touchdown pass to put the Trojans on the board.

The hope of Edenfield and the offense this past week was to have one big play spark the offense.

“Like we said last week, anytime a guy can make a play like that, it spurs everything into rolling,” Edenfield said. “That’s something we haven’t had. It was a big play, down the field, and I think that kind of got us going. We really struggled the first three plays and didn’t execute very well. It could easily have tanked it, but they didn’t. That was the good part, John making that good play.”