Playoff seeding on the line for Charles Henderson and Eufaula 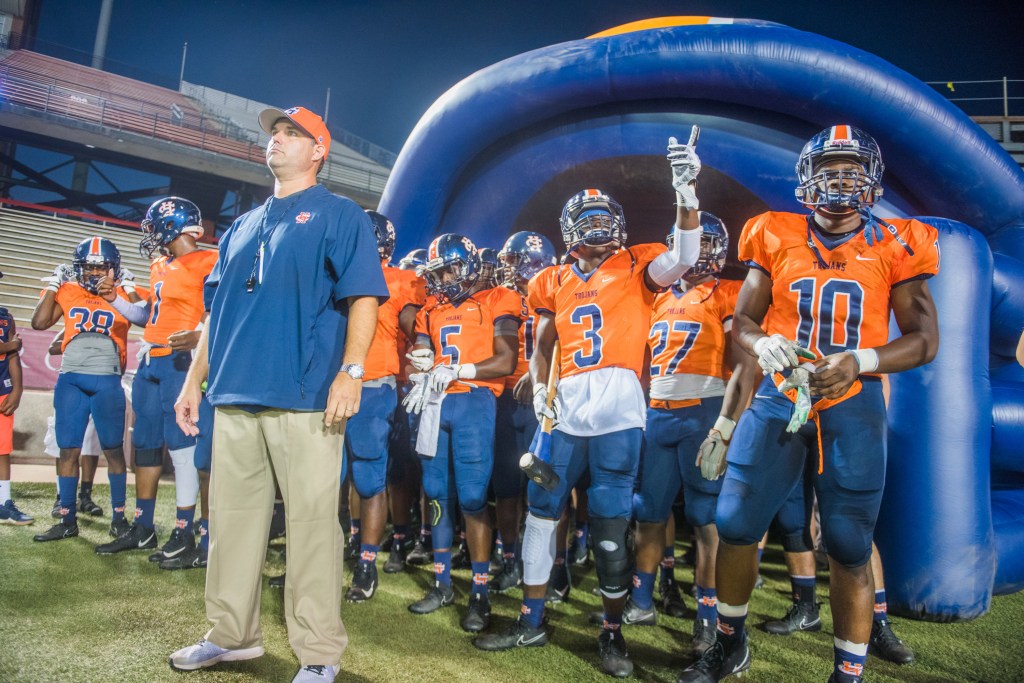 The Charles Henderson Trojans welcome in region rival Eufaula this evening with important playoff seeding on the line.

The Trojans (3-3, 2-1) coming off a non-region win over Trinity. This week with students on Fall Break, the Trojans focused on nothing but football.

“I though the guys have been really sharp,” said head coach Brad McCoy. “The moral has been good coming off a big win over Trinity. I think the practices have been sharper due to the kids not having to worry about going to class. We fed them at lunch and watched extra video and met with them longer.”

The Trojans were hungry for bigger plays heading into last week’s game. They got their wish by accumulating over 600 yards off offense in a 51-26 win over the Wildcats.

“It really excited us that we got over 600 yards of total offense, which may have been a first in school history,” McCoy said. “Offensively we had a really big night.”

The Trojans have battled injuries over the last few weeks. After getting Colby Jones back last week, McCoy is expecting to have DQ back this week.

“We feel like DQ will be back with us this week,” McCoy said. “He (Jones) got about 30 reps on offense. Hopefully he can get more.”

The Trojans will welcome a healthier football team this week against a Eufaula team that has knocked off the Trojans two straight years. This year’s Tigers team is currently 4-2 record and also sits 2-1 in the region right alongside the Trojans.

The Tigers have won three out of their last four contests including a 40-14 win at home against Greenville last week.

“It’s a pretty big rival and I think the kids see it that way,” McCoy said. “We haven’t beaten these guys in football in two years. We are due to have a really good football game.

The Tigers offense has averaged 31 points, while the defense has allowed 27.

Both teams have three region games left including tonight.  A win tonight could go a long way in deciding if the Trojans get a number two seed and play a home playoff game or a three see and spend the first week of the playoffs on the road.

Kickoff between the Tigers and the Trojans is scheduled for 7 p.m.