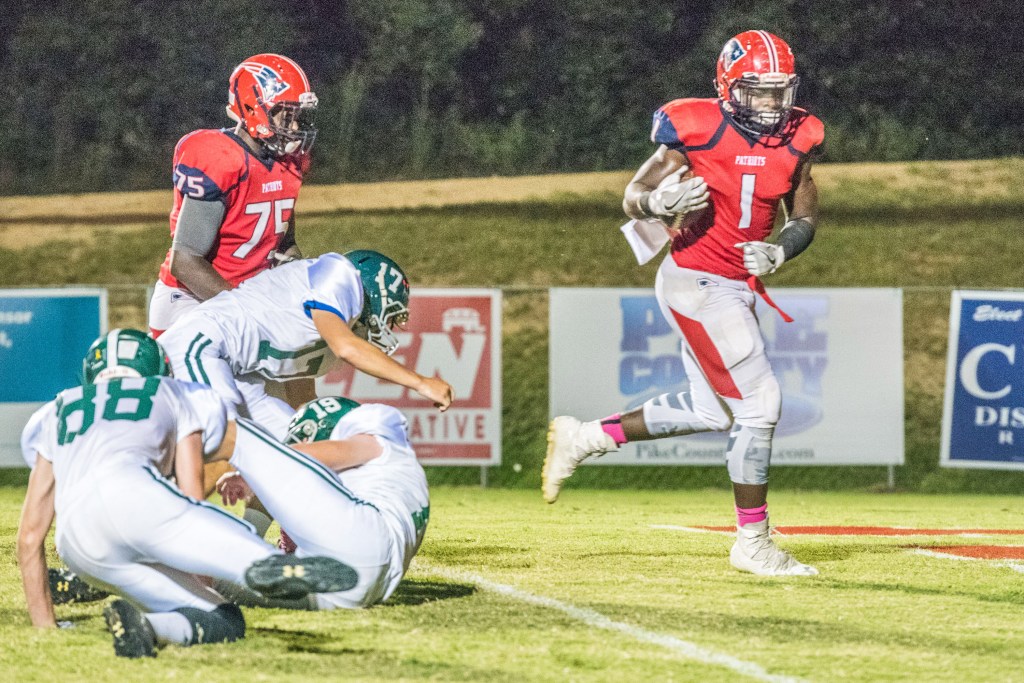 After a quick return home last Friday night, the Pike Liberal Arts Patriots are back on the road for a pivotal Class 3A Region 2 showdown against Hooper Academy.

Last Friday night, the Patriots won easily back at home over Northside Methodist 35-3, but head coach Gene Allen wasn’t happy with everything he saw.

“Honestly, I don’t think we played that well,” Allen said. “We were fortunate that we were playing Northside. We got back to basics this week to work on our game. We made some good plays and did a few good things and we were able to come out on top.”

The Patriots have just two region games left on their schedule including tonight’s game with the Colts. Both the Colts and Morgan Academy sit at 1-2 in the region and are a game behind the Patriots and Fort Dale, making this evening’s game perhaps the most important remaining game of the season.

“It’s very important,” Allen said. “We know that Hooper has been playing well this year, so we know we have to be ready to play. We can’ t afford to lose that one and get in a must-win game against Morgan. Right now, we are kind of controlling our destiny. If we win this one and the one next week, we can host a first-round game. It’s a very important game for us.”

Hooper is coming off a 64-20 loss to undefeated Monroe last week. The Colts are averaging 23 points per game so far this season and the Patriots are going to have to contend with senior quarterback Trace Edwards.

“They are tough and their quarterback is a really good athlete,” Allen said. “He runs well and they throw the ball a pretty good bit. We are going to have to stop the big plays. It’s going to be a challenge for our secondary to step up.

Despite giving up 64 points to Monroe, the Hooper defense has been an area of strength. They let up just 14 points against Evangel and 20 points to Crenshaw Christian, but Allen believes his offense should be able to move the ball.

It’s been a tightly contested rivalry over the years, but last season the Patriots had a comfortable 45-0 win over the Colts.