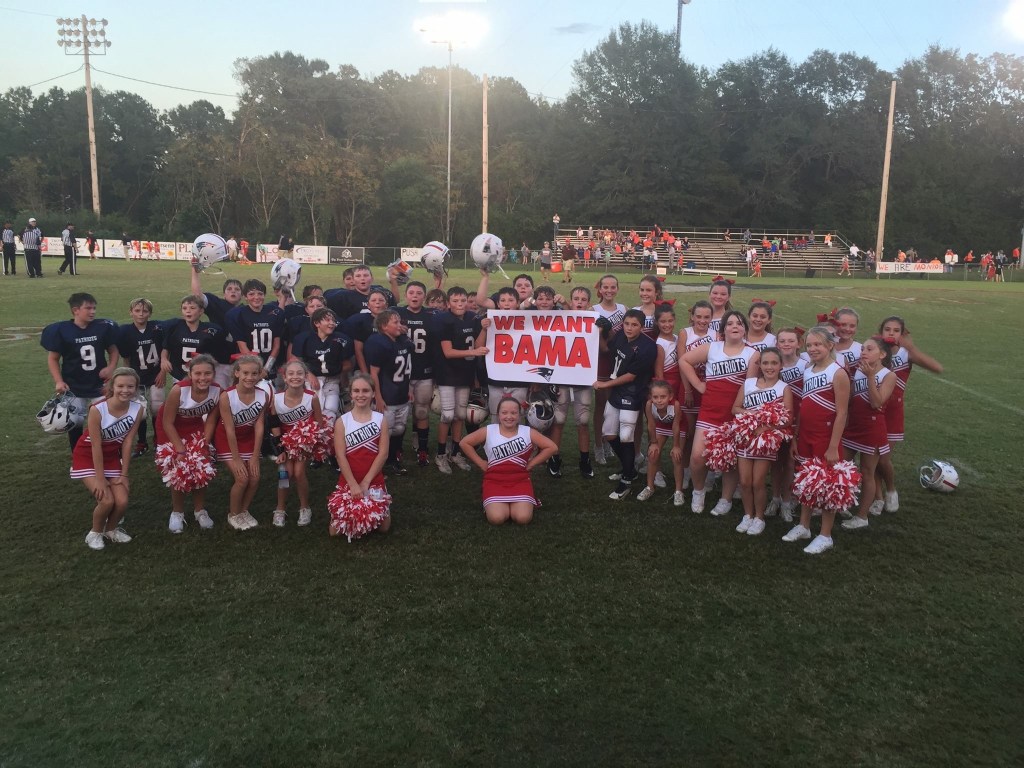 The Pike Liberal Arts Patriots Peewee football team capped of an undefeated season with a 34-0 win over Monroe Academy.

“It was awesome,” said head coach Kevin Adams. “It was a great season. We had a lot of great athletes and great skill players and linemen. It was a really complete team. We had 25 players and truly all of them were great players. We were super proud The Patriots finished 8-0 overall and they were able to finish it off in front of an excited and proud fan base.

“It was incredible,” Adams said. “The fans were having a blast. They were really into it because they wanted to go undefeated too.”

When the clock hit triple zeros at the end of the game, the Patriots were quick to point out that they wanted Alabama.

“I don’t know who came up with it, but someone had a Patriot head on a sign that said we want Bama,” Adams said. “The kids were holding it up. It was a blast. It was the most fun I have seen in a long time. It was a great atmosphere.”

This team is no stranger to winning. Most of these players were on the team that went undefeated a season ago.

“These kids have had so much success,” Adams said. “They have always been really good. They don’t expect to lose. People say winning is a habit and I think these kids live by that. They have all the confidence in the world. It’s a fun experience to be around kids with that attitude…It was a great experience for everybody.”

The offense has led the way for the Patriots all season long. In last night’s dominating performance, the Patriots finished with more than 300 yards of offense. Over 200 of those yards came in the air.

“David Bradford was our offensive coordinator,” Adams said. “At the beginning of the season, I wondered how well we were going to be able to run the spread. David Bradford did a super job. Last night (Tuesday) we passed for over 200 yards and we ran for over 100. He did an outstanding job.”