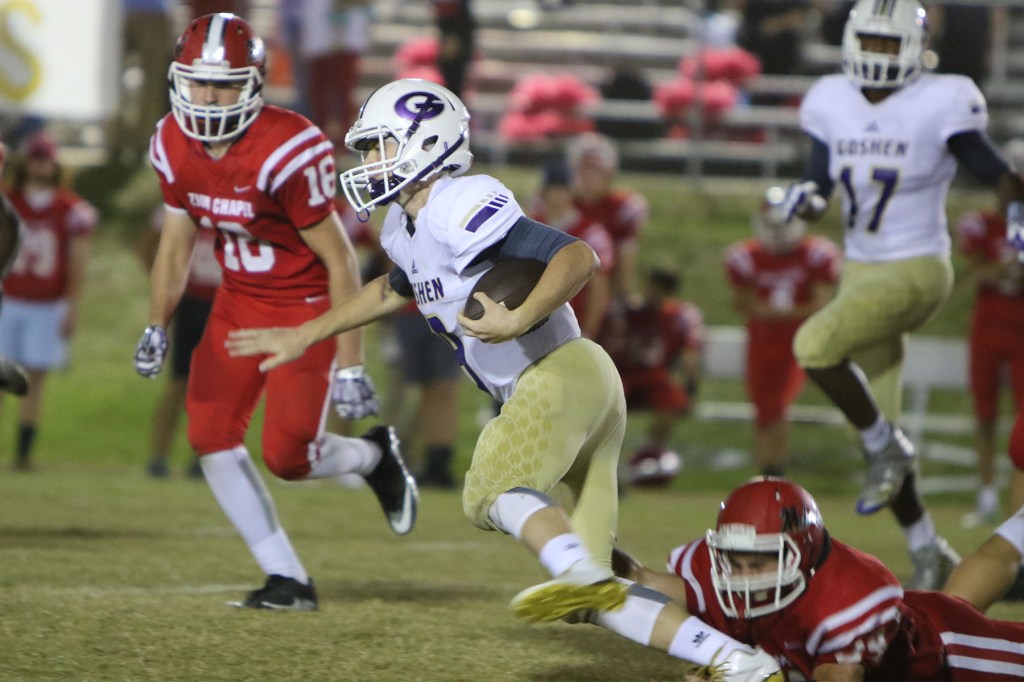 The Goshen Eagles made quick work of Zion Chapel on Friday night by defeating the Rebels 55-0 in Jack.

“I am proud,” said head coach Bart Snyder. “Our guys did really good. Everybody played and did a good job while they were in. I am proud with our overall team effort.”

Quarterback Brock Snyder finished the game completing five of his eight passes for 117 yards and one touchdown while Bryan Galloway completed his one pass.

On the ground, the Eagles were led by Damion Passmore who had eight rushes for 95 yards and had three touchdowns. Galloway finished the evening with 84 yards and a touchdown and JaMarkus Sanford had 74 yards with two touchdowns. JJ Harris also had a rushing touchdown.

Caleb Dawson led the way with six tackles, while JaQuentin Daniels and Dakarai Siler each had three.

On special teams, Galloway had a 50-yard punt return for a touchdown.

For the Rebels, quarterback Aaron Senn completed six of his 10 passes for 62 yards. Kane Kaskins led the ground attack for the Rebels by picking up 55 yards on 11 carries. Hunter Sheets hauled in one reception for 54 yards. On the defensive side of the ball Brandan Latham led the Rebels in tackles with five.